The Ethiopian prime minister received the accolade for “his decisive initiative to resolve the border conflict with neighbouring Eritrea.”

By
Susanna Spurgeon
-
Susanna is a former editor at Morocco World News.
Oct 15, 2019
Spread the love

“I am confident this international tribute will strengthen your resolve to press ahead with your praiseworthy efforts to promote the universal values of coexistence, tolerance and brotherhood,” the King wrote, as quoted by state-owned media Maghreb Arab Press (MAP).

Abiy Ahmed, who has been prime minister of Ethiopia since April 2018, won the 2019 Nobel Peace Prize on Friday, October 11, for his efforts in brokering peace between Ethiopia and Eritrea. The two countries fought a border war between 1998 and 2000, but the conflict ended in stalemate.

The prime minister’s early move to visit Eritrean President Isaias Afwerki and Afwerki’s return visit to Ethiopia helped to begin a process toward peace and the reopening of trade and transportation links between the two countries.

The Norwegian Nobel Committee also honored “all the stakeholders working for peace and reconciliation in Ethiopia and in the East and Northeast African regions.”

Just months after Abiy Ahmed became prime minister, he signed declarations of peace with Afwerki to end the status of “no peace, no war” between the countries. The Nobel committee noted that one breakthrough for the agreement to happen was Abiy Ahmed accepting the border line of a 2002 independent commission.

Within Ethiopia, Ahmed relieved some of the pressure stifling civil society and released thousands of political prisoners.

Beyond Ethiopia, Abiy Ahmed also worked for peace in South Sudan and Sudan and mediated between Somalia and Kenya and between Eritrea and Djibouti. 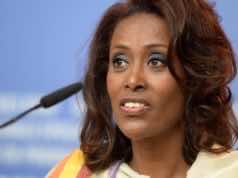