After a busy morning in the old medina, there’s no better place to take a breather than in the “green lungs” of Fez. 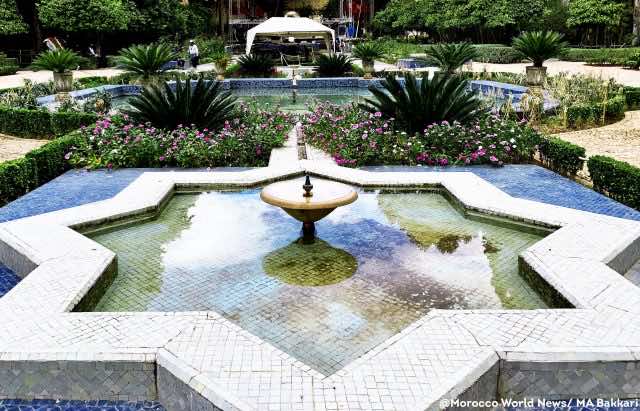 Rabat – Nestled between the ancient medina of Fez and the old Jewish quarter, or mellah, the sprawling Jnan Sbil Park offers a quiet and shady refuge for weary travelers. 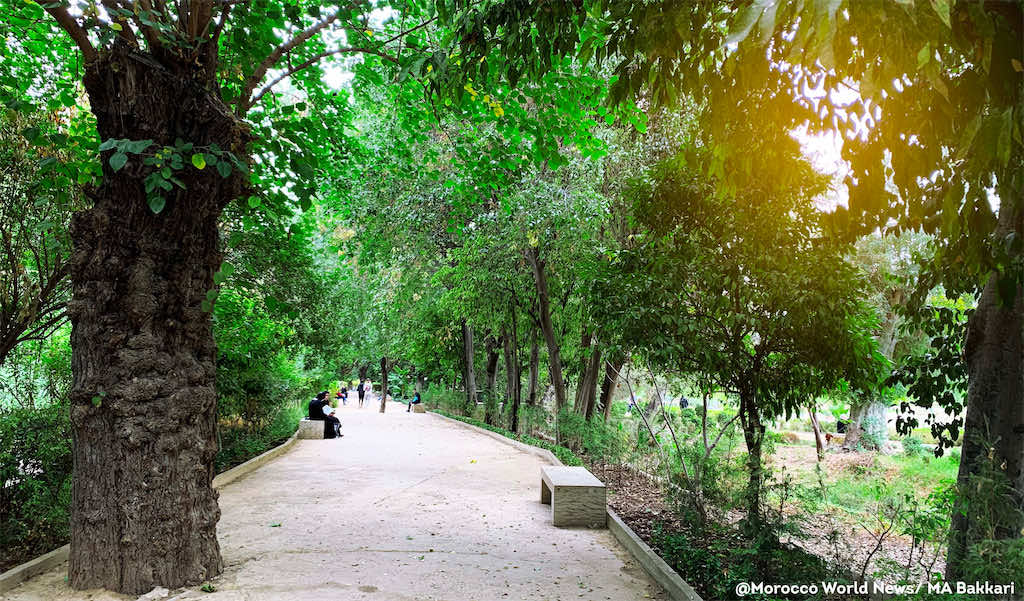 Sultan Moulay Abdellah commissioned the gardens in the 18th century. In the 19th century, Moulay Hassan opened Jnan Sbil to the public, making it the oldest and most prestigious public park in Fez.

The city of Fez, Morocco’s spiritual capital, conducted a careful renovation project from 2006 to 2010 in order to restore Jnan Sbil Park to its original splendor.

The city’s Regional Council of Tourism refers to Jnan Sbil Park as the “green lungs” of Fez, and with good reason: the park’s eight hectares boast more than 3,000 different plant species and trees more than a hundred years old. 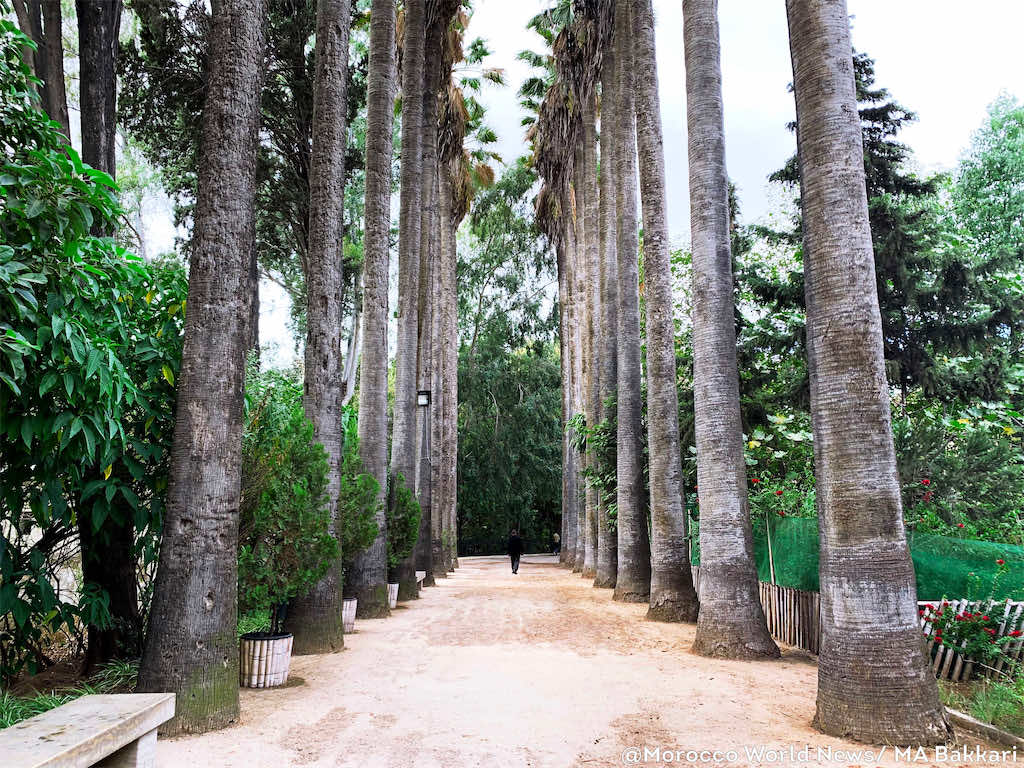 The Oued Fes and the Oued Jawahir once fueled the park’s hydraulic architecture and water wheels, providing hydropower to nearby workshops of local craftsmen.

Jnan Sbil Park features various botanical gardens such as the Andalusian Garden, the Mexican Garden, and the Bamboo Garden.

At the park’s center, a geometric group of fountains and meticulously groomed rows of flowers present a popular site for concerts and other cultural events. 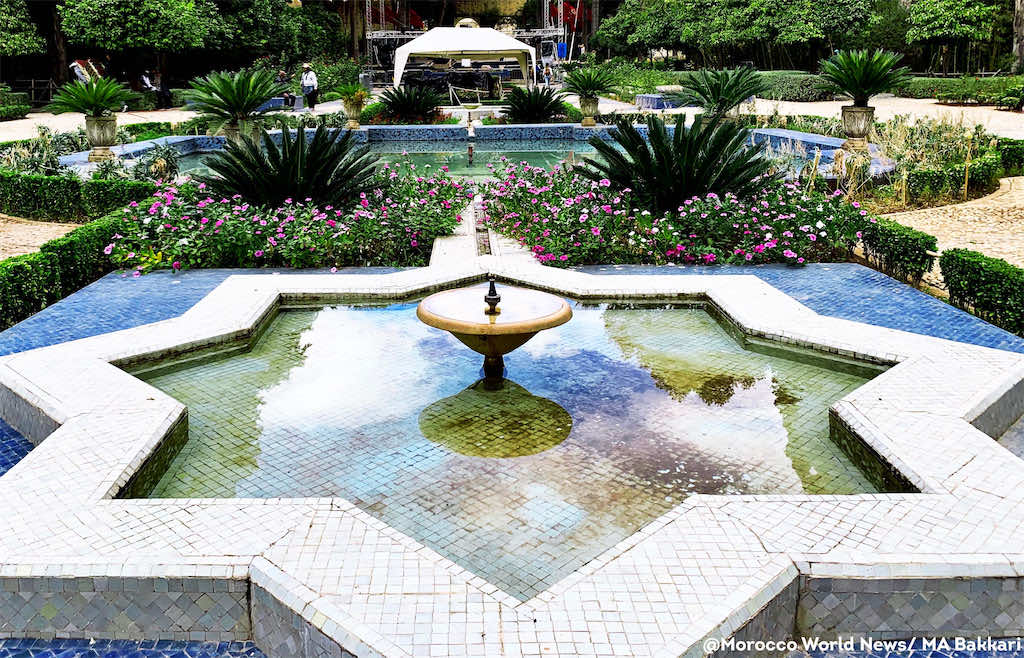 Following the park’s shallow creek will lead you to a large pond, which features a palm-covered island and a variety of water birds. The medieval walls of the old medina in the distance offer a picturesque backdrop, especially at sunset. Keep in mind that the park’s natural waterways can dry up during the summer months.

Unlike other Fez attractions, Jnan Sbil Park is the opposite of a tourist trap. There is no entry fee and visitors will likely see more locals than tourists. 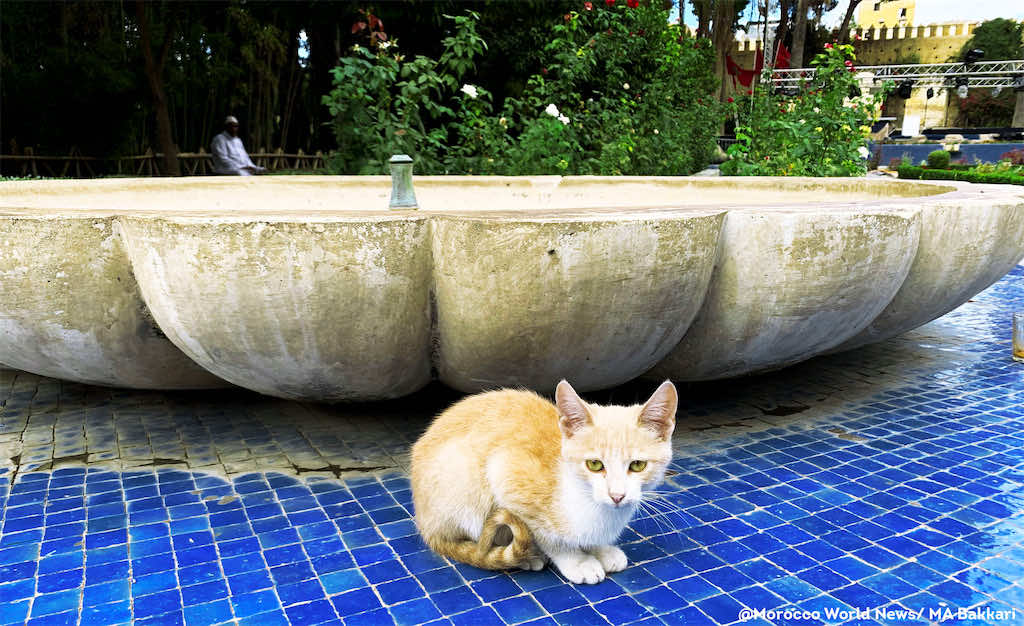 Families, couples, and groups of friends stroll along cobblestone pathways and scope out the best resting spots. Students from the nearby high school frequent the gardens to unwind during breaks or hang out with friends after class.

With a multitude of shady benches in view of beautifully tiled fountains, the park is a popular spot for picnics during scorching summer afternoons. Travelers and locals alike also enjoy Jnan Sbil Park during Morocco’s rainy season when the foliage is in full bloom, the streams are flowing freely, and the pond is teeming with life. 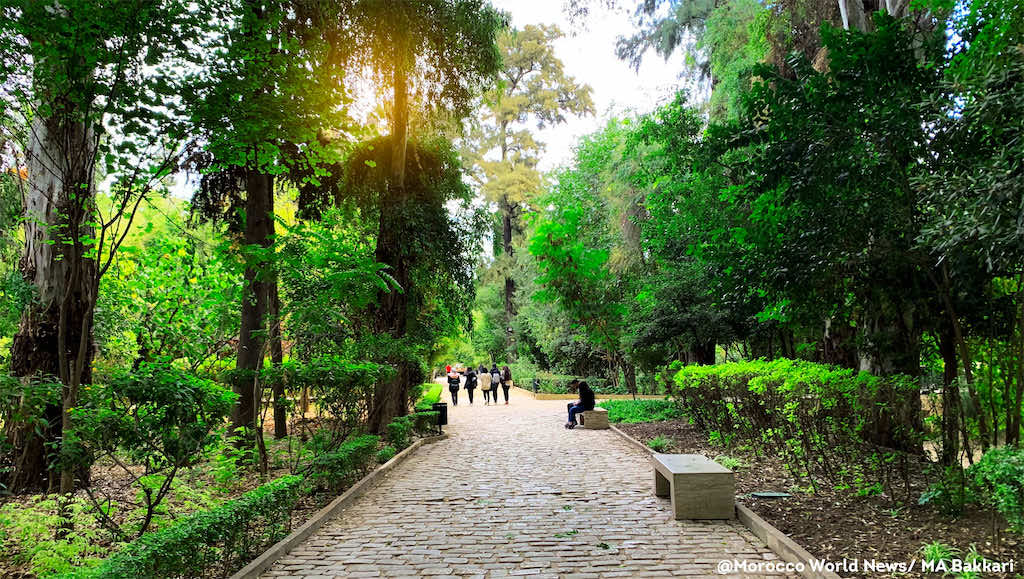 Jnan Sbil Park is open Tuesday through Sunday from 8 am to 7:30 pm. The park closes for a few hours during Friday midday prayers.

With its canopy of date palms, eucalyptus trees, weeping willows, and stalks of bamboo, Jnan Sbil Park is an ideal spot to recharge after a busy day of getting lost in the old medina of Fez.