Morocco is the second African country to acquire the sophisticated helicopters after Egypt’s acquisition in 1995. 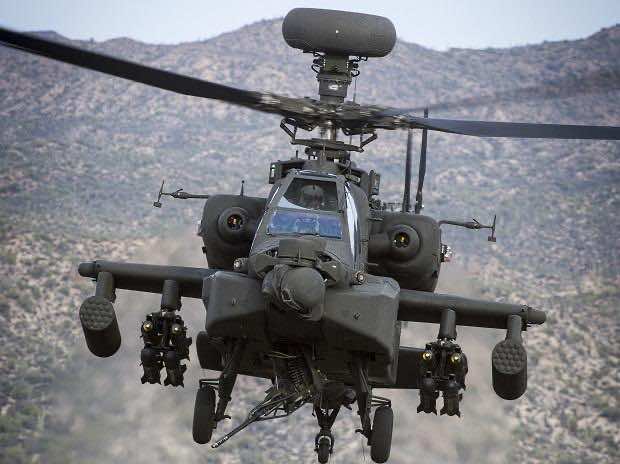 Rabat – The US State Department has approved the sale of 36 AH-64E Apache attack helicopters and related equipment to Morocco for an estimated cost of $4.25 billion.

The US Defense Security Cooperation Agency announced the approval of the sale on Wednesday, November 20.

The soon to be acquired fleet of helicopters is of the latest generation, endowed with sophisticated attack and defense systems.

With the future acquisition, Morocco reinforces an air fleet that already boasts the 25 new F-16 aircraft that Morocco bought in 2019.

The AH-64 Apache is one of the world’s most advanced multi-role combat helicopters. The US army and other international defense forces. used the helicopters in the Gulf War, as well as in conflicts in Afghanistan, Iraq, Libya, and Yemen.

Morocco is the second African nation to purchase the AH-64 Apache after Egypt acquired them in 1995.

The acquisition is part of Morocco’s five-year plan, established in 2017, to reach “regional supremacy” through modernizing the military equipment of its army, airforce, and navy.

Morocco is currently the second biggest arms exporter and the 7th military power in Africa, according to Global Firepower’s 2019 military strength ranking. Algeria is the fifth largest exporter of arms in the world spending nearly three times Morocco’s annual defense budget for the military every year, according to the 2018 Trends in World Military Expenditure report.

So far, Morocco has devoted $20 billion to its strategic objective. Morocco’s primary arms suppliers include the US with a 53% share, followed by France with 44%, and Italy with 1.4%.