While Moroccans expressed their trust in Moroccan law enforcement and the military, they feel very suspicious about other public institutions, especially political ones. Rabat – According to the “Trust in Institutions Index,” presented by the Moroccan Institute for Policy Analysis (MIPA), Moroccans do not trust public and political institutions.

The numbers are more alarming in the health sector where only 24% of Moroccans trust the services provided in public health facilities. The rest trust private hospitals and clinics more.

Political institutions are also some of the most mistrusted organizations in Morocco. Around 69% of Moroccans do not trust elected officials and political parties; 75% do not trust labor unions, and 77% do not trust the government.

Over half of Moroccans, 59%, mistrust the judicial system.

Most of the Moroccans interviewed by the institute declared their “dissatisfaction” with Morocco’s current trajectory. Around 69% expressed their “worry” about the direction Morocco’s politics and economy are taking.

“These numbers show a high degree of concern about the future among Moroccans,” said MIPA’s director, Mohamed Mesbah.

Half of the interviewees also expressed their “discontent” about the country’s economic situation. Around 74% believe that the government’s policies to fight corruption are “ineffective.”

Moroccans, however, have a feeling of safety and security. More than 83% of Moroccans expressed their confidence in Morocco’s army, and 78% trust police forces.

Family remains a pillar of Moroccan society. More than 95% of Moroccans declared that they trust their families. However, mutual trust between Moroccan compatriots is relatively low, with only 42% of Moroccans trusting their fellow countrymen.

MIPA presented the results of its research on Tuesday, December 3, in Ibis Hotel, Rabat. The institute collaborated with the German Heinrich Boll Foundation to accomplish this work.

The report aims to provide data on the public debate about trust in Moroccan institutions. It also gives recommendations for decision-makers to reform laws framing institutions’ work to strengthen both the institutions and people’s trust in them.

The institute combined both quantitative and qualitative research methodologies to come up with the index.

The quantitative research took place in October 2019 and included questionnaires and interviews with a sample of 1,000 Moroccan adults.

The qualitative research followed a grounded theory approach, involving the construction of theories through methodical gathering and analysis of data and the use of inductive reasoning.

The Trust Index is an annual report MIPA produces that measures, analyzes, and explains the level of confidence of Moroccans in various social, political, and economic institutions.

MIPA is a non-profit independent research institution based in Rabat. Founded by a group of multi-disciplinary researchers, MIPA’s mission is to produce systematic and in-depth analyses of relevant policy issues that lead to innovative ideas for solving some of the most pressing issues relating to democracy. 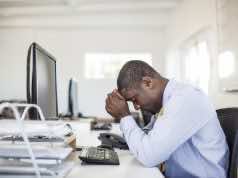 96% of Moroccan Employees Suffer From Stress 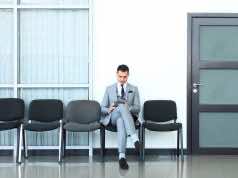