The Ministry of Economy, Finance, and Administration Reform shared the statistics document on  December 31, 2019.

The statistics show that the North African country has faced with heavy external debt throughout the six past years.

The statistics indicated that already Morocco faced an external debt of more than $30 billion in 2014.

The external debt increased gradually throughout the six last year to reach nearly $36 billion in 2017. National debt reached more than $35 billion in the second quarter of 2019, to move downward slightly to $34,366 million by the third quarter.

Morocco has received numerous loans from international institutions, including the World Bank.

In November 2019,  the bank announced that it had approved a new $300 million loan to support the strengthening of “Morocco’s municipalities” as part of Morocco’s reforms to upgrade public administrations.

The bank also loaned Morocco $500 million to promote Morocco’s education sector less than a month ago.

Top bankers in Morocco have warned about the increasing external debt, including Abdellatif Jouahri, the governor of Morocco’s central bank, Bank al-Maghrib. 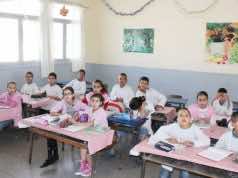