A photograph of the royal meeting has gone viral on social media.

Rabat – Crown Prince of Abu Dhabi and Minister of Defense of the UAE Mohammed Bin Zayed has welcomed King Mohammed VI at his residence in Morocco.

Dubai TV journalist Mohamed Ouamoussi shared a photo of the meeting on Monday, January 20 with a caption extolling the historic UAE-Morocco relations.

“His Majesty King Mohammed VI is visiting his brother, His Highness Sheikh Mohammed bin Zayed, Crown Prince of Abu Dhabi at his residence, after his arrival in Morocco from Berlin,” the journalist wrote.

MBZ arrived in Morocco after attending the Berlin conference on the Libyan crisis, held on January 19.

Morocco was not among the states invited to participate in the conference.

In response,  Morocco’s Foreign Affairs Ministry issued a statement on January 19 to condemn the country’s exclusion from the conference on Libya, emphasizing Morocco’s commitment to supporting the peace process in Libya.

“Rabat played a decisive role in the conclusion of the Skhirat agreements, which are, to date, the only political framework – supported by the Security Council and accepted by all Libyan parties – for the resolution of the crisis in this brotherly Maghreb country,” the statement reads.

The visit, according to Ouamoussi, reflects the strength of the UAE-Morocco “exemplary” relations.

Mohammed bin Zayed’s visit comes amid rumors of a rift between the two countries. The latest rumors circulated earlier this month when the Middle East Monitor claimed that the UAE had decided to cut the number of Moroccan police officers deployed in the Gulf country.

The decision, according to MEMO, was due to “frozen diplomatic relations” in the wake of a difference of opinion on several regional issues, including the Libyan crisis.

Sources quoted by Maghreb Intelligence, however, denied the news.

Last year, similar rumors appeared across international news outlets, this time claiming that Morocco had summoned its ambassador from the UAE due to an alleged rift.

Morocco’s government denied the rumors, arguing that the country has its own diplomatic channels to announce such news.

The Moroccan Foreign Affairs Ministry emphasized that the North African country preserves strong and historical diplomatic relations with its Gulf allies, including the UAE and Saudi Arabia.

“It may happen that we do not agree on certain issues. Foreign policy is a matter of sovereignty, and in Morocco, it is also based on principles and constants,” said Morocco’s Minister of Foreign Affairs Nasser Bourita last year. 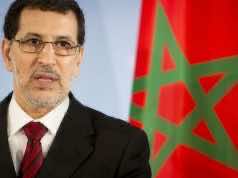 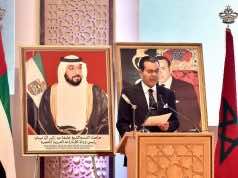