The figure represents an increase of 6.4% compared to the same period in 2019.

Rabat – Morocco’s net international reserves were estimated at  MAD 243.9 billion until January 24. The number represents  an increase of 6.4% compared to the same period in 2019, Morocco’s central bank (Bank Al-Maghrib) announced on Saturday.

Meanwhile, the Moroccan  central bank said it injected   MAD 63.8 billion in the country’s economy during the week of January 23-29.

The interbank rate reached 2.29% during the same period.

The central bank also reported that the Moroccan currency appreciated in value by 0.36% against the Euro and depreciated by 0.41% against the Dollar during the same period.

The statement comes after the central bank recorded a net increase in its international reserves, standing at  MAD 244.4 billion (€22.994 billion) from January 9 to 15. The number represented a drop of 0.5% from a week earlier. The bank rate during the same period stood at 2.25%. 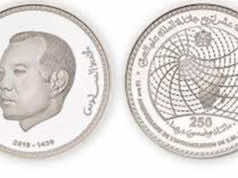