Rabat – Morocco and Oman signed a Memorandum of Understanding yesterday in Rabat to promote the strengthening of cultural relations.

The MoU represents the two countries’ willingness to cooperate by exchanging exhibitions and expertise in museum curation, promoting civilizational and historic landmarks in Morocco and Oman, and providing specialized consultations.

After Sultan Qaboos bin Said Al Said of Oman died on January 10, King Mohammed VI expressed his condolences and sincere compassion for the Omani people’s loss. He also conveyed his wishes that God grant the Omani royal family and people with patience and reassurance.

Prince Moulay Rachid, representing the King at the late Sultan’s funeral, passed on a message of congratulations from King Mohammed VI to Sultan Haitham for his new role as leader of the Omani people.

King Mohammed shared sincere wishes for the new Sultan to lead his people to more progress and prosperity. He also commended the strong links of brotherhood between the two royal families and the distinguished relations between Morocco and Oman, based on cooperation and solidarity.

Morocco and Oman are working to become credible and serious partners. Bilateral trade between the two countries has more than doubled over the last five years, but still leaves much to be desired.

Morocco launched a direct flight between Muscat and Casablanca in July 2018 with the aim of increasing bilateral trade and tourism.

Nearly 4,500 Moroccans live in Oman as of 2019, and nearly 200 Omani students are pursuing their studies in Moroccan universities and institutions. Moroccans Can Now Travel to Oman Without Visa 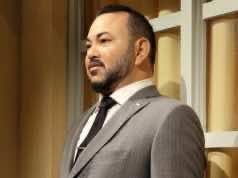