UNESCO Director-General Audrey Azoulay selected Fatima Roumate, along with 23 other experts, to discuss the social, economic, and cultural challenges of artificial intelligence. 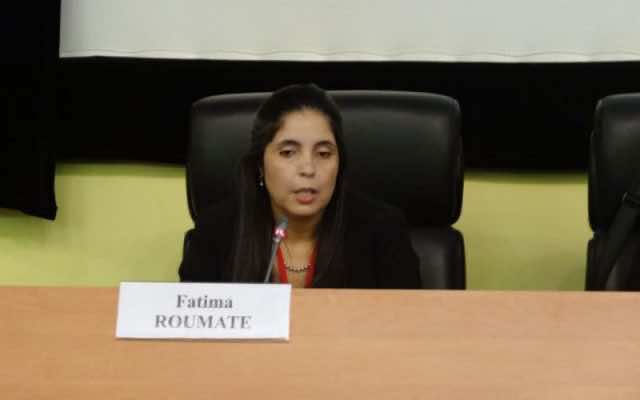 Rabat – A group of 24 specialists with multidisciplinary expertise on the ethics of artificial intelligence (AI) has started drafting recommendations on AI development and implementation that respect human well-being. The expected formal UNESCO recommendation will be the first global standard-setting instrument for AI ethics.

Among the Ad Hoc Expert Group (AHEG) is Moroccan academic Fatima Roumate, who holds a doctorate in international and European economic law. Roumate is a professor of public law at University Mohammed V in Rabat and serves as president of the International Institute of Scientific Research, based in Marrakech.

The group will create a draft that considers the environment and the needs of the Global South, among other factors, according to UNESCO.

“The COVID-19 pandemic has led us to increase our use of various digital technologies. This has highlighted existing ethical challenges associated with the development of artificial intelligence. It was therefore important that the group of experts began its work on a draft normative instrument,” stressed Audrey Azoulay, UNESCO’s director-general.

From 20 to 24 April 2020, the experts took part in online discussions for the first phase of the instrument’s preparations, said UNESCO.

The panel “discussed an initial set of values, basic principles, and recommended policy actions anchored in universal ethical values and human rights for the design, development, and deployment of AI,” according to the UN body’s official website.

Experts also focused on low-income countries, the well-being of present and future generations, environmental impact, and the 2030 Agenda for Sustainable Development.

The expert group raised other questions related to gender and other biases, domestic and global inequalities, and leaving no one behind (LNOB), a key principle of Agenda 2030.

The AHEG expects is due to complete the first version of the draft text by the end of April to submit for multi-stakeholder consultations between May and July.

UNESCO explained that the purpose of the consultations “is to ensure that all stakeholders, including scientists, civil society and the public, take part in developing the first global standard-setting instrument on the ethical dimensions of AI.”