Macron’s tour of the Middle East saw him visit two crisis-stricken nations. After a controversial visit to Beirut, Macron landed in Iraq on Wednesday morning to “help Baghdad reassert its sovereignty.”

Macron appears to want to cement his legacy as a foreign policy leader, as his vision for France is crumbling at home. As Lebanese protesters protested their leadership, Macron threatened sanctions against Lebanon if it would fail to reform in-line with French demands.

“In reality, this visit is mostly symbolic, Mr. Macron will have tea with a notable Lebanese singer and plant a cedar tree with children,” said Aurelie Daher, an expert on Lebanon at Paris Dauphine University.

Macron again came to “save” Lebanon with little practical result. His two-day visit to Beirut ended once again with much lofty rhetoric and meager action, but he did manage to accomplish a diplomatic faux-pas.

Speaking to Mohammed Raad, the democratically elected leader of Hezbollah, Macron told him to “prove that you are Lebanese.”

“Everyone knows you have an Iranian agenda, we know your history very well, we know your particular identity,” French newspaper Le Figaro quoted Macron as saying. While Raad clearly enjoys support from Iran, Macron appeared to ignore the irony of lamenting Iranian influence as he was himself attempting to exercise foreign influence in Lebanon.

Macron accused Hezbollah of ignoring their home country in favor of foreign adventures, just as he was doing the same. Within an hour, Macron was forced to admit that Hezbollah “has deputies elected by the Lebanese, it is part of the political scene.”

Macron’s tour of the Middle East continued with a visit to Baghdad on Wednesday.

“The fight for Iraq’s sovereignty is essential,” he told reporters the night before. His visit followed that of his foreign minister, Jean-Yves Le Drian, who told Iraqis in July to simply “dissociate from regional tensions.”

Macron appeared to miss the irony when he stated that it is France’s job to help Iraqis “take their destiny in hand.” Iraqi officials told the Daily Star that Macron’s references to sovereignty were likely meant as a warning to the Turkish military presence in northern Iraq.

As Macron pitches Iraqi sovereignty as something Iraqis can simply decide on, he failed to mention Iraq’s democratic efforts to expel US forces.

A French ally, the US has ignored a decision by Iraq’s parliament and continues to violate Iraqi sovereignty, which has prompted no French complaint.

As Macron evangelized for French foreign policy in the Middle East, French soldiers killed an innocent civilian in Mali.

French soldiers opened fire on an approaching bus after it had allegedly failed to slow down. Two were wounded and one civilian died in another confirmation that French foreign policy has done little to stem conflict in the Sahel region.

France currently has 5,000 troops stationed in its former colony, with little positive effect.

Macron’s outdated neo-colonial attitude toward the Middle East and Africa has done little to provide stability. Instead, it has maintained French power in its former colonies to the benefit of 1,100 French companies that operate in Africa. It maintains its colonial relationship by extracting cheap raw materials and hydrocarbons while selling expensive value-added products back to Africa.

The greatest example of Macron’s empty promises for Africa and the Middle East can be found in France itself. In 2017, Macron won the presidency with 66% of the vote, promising similar “reforms” to those he touts abroad. The realities of his neo-liberal politics soon saw his popularity plummet and sparked national “yellow vest” protests that paralyzed the country.

Macron escapes the pressures of public discontent with his tour in the Middle East. There, he is welcomed as an effective leader and source of hope. An illusion that he hopes will cement his legacy amid disaster at home. 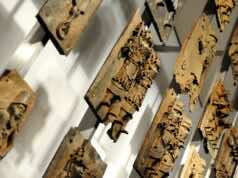