No casualties have been reported to date.

Rabat – Morocco recorded an earthquake with a magnitude of 4.0 degrees on the Richter scale on Sunday in the northern province of Tetouan.

The National Institute of Geophysics (ING) announced that the epicenter of the earthquake is located in Sahtryine, a commune in the city of Tetouan.

The earthquake hit the town at 12:56 p.m., the ING’s national seismic monitoring and alert network announced.

One occured May, when an earthquake with a magnitude of 3.7 degrees hit the Khemisset province in north-central Morocco.

In November 2019, the same region felt four earthquakes in less than two weeks. One of the quakes on November 17 of last year caused significant damage. 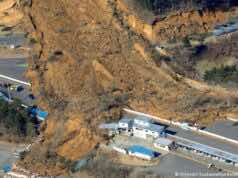