Rabat- Morocco expressed understanding, on Monday, of the refusal of Saudi Arabia to sit on the UN Security Council, said a statement from the Ministry of Foreign Affairs and Cooperation.

“The Kingdom of Morocco expresses understanding of the announcement by the Kingdom of Saudi Arabia of its refusal to sit as non-permanent member (the Security Council of the UN) for the 2014/2015 period, a position which has been widely welcomed internationally with consideration and respect,” the ministry said.

The statement added that Morocco is keen to see the Kingdom of Saudi Arabia continue to play its active and effective role in the defense of the just causes of the Arab and Islamic nation, urging the Security Council to remove the barriers that hinder its action.

“The Kingdom of Morocco expresses pride in the constant coordination with the Kingdom of Saudi Arabia on all regional and international issues, in the context of the strong fraternal relations uniting HM King Mohammed VI, and his brother, the Custodian of the Two holy Places of Islam, HM King Abdullah Bin Abdulaziz Al Saud,” the statement added. 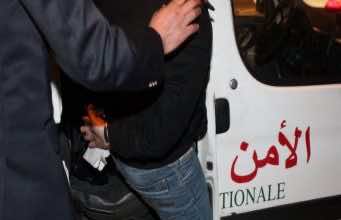