Marrakech - Moroccan and international activists, along with Moroccan women previously held as political prisoners, received Certificates of Excellence for Peace Saturday from the Academy of Universal Global Peace, based in India, during the World Human Rights Forum, being held in Marrakesh this week. 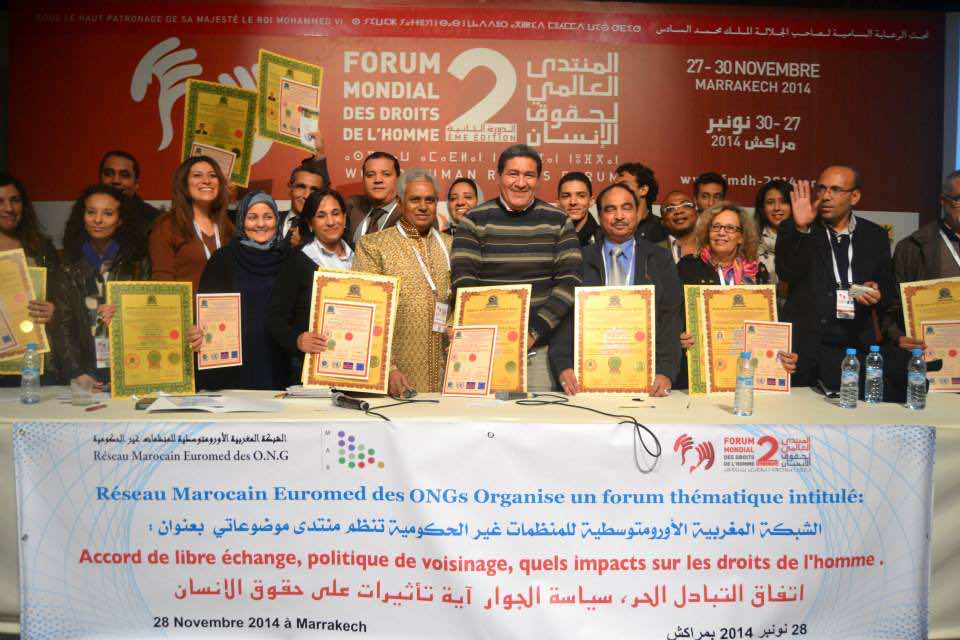 By
Aziz Allilou
-
Aziz Allilou is a student at the Higher Institute of Media and Communications (ISIC) and Morocco World News correspondent in Rabat.
Nov 29, 2014

Marrakech – Moroccan and international activists, along with Moroccan women previously held as political prisoners, received Certificates of Excellence for Peace Saturday from the Academy of Universal Global Peace, based in India, during the World Human Rights Forum, being held in Marrakesh this week.

The second day of the World Human Rights Forum paid tribute to Moroccan and international activists along with Moroccan female activists who were jailed during The Years of Lead, the term used to describe the period between the 1960s and 1980s in Morocco which was marked by state violence against political dissidents and democracy activists. Boutayna El Mekoudi, another Moroccan human rights activist, told MWN that the prize is “such an encouragement for more struggle for my causes; the discrimination against people living with HIV/AIDS in Morocco, and defending victims of the Years of Lead.’’

‘’I am a member of the Moroccan Commission for Truth and Justice that defends the victims of Human Rights violations during the years of lead. We are here in Marrakesh in order to call on the government to apply the recommendations released by The Equity and Reconciliation Commission and pay restitution to victims,’’ she explained.

The second day honored young female activists in Morocco and the Arab World, by awarding them certificates of excellence for peace for their struggles for social peace.

One of those young female activists is Sara Soujar, one of the founders of the February 20th movement and one of the Human Rights activists who struggled for the freedom of detained Moroccan rapper Mouad Belghouat.

She told MWN she is proud of this honor which “reflects the real strength of youth and their struggle for social justice and equality.”

Tunisia was also honored in Marrakesh as Tunisia’s activist Samia Zayani was also one of the recipients of the Certificate for Excellence for Peace.

Talking to MWN, Samia Zayani said that “just like any other young activist from the south who seeks justice, I am seeking to guarantee the right of peace for the next generation.’’

She added that the tribute revises her spirit after three years of revolution and efforts for the Tunisian civil society.

“This an encouragement and a strong motivation to go forward. This tribute is not for me only, It is a tribute for Tunisian society in general and Tunisian women in particular,’’ she concluded.

The ceremony honoring the activists was attended by Dr. Madhu Krishan Founder & Chairman of the Academy of Universal Global Peace, who spoke during the ceremony about his experience.

He expressed to MWN his pleasure to be in Marrakesh in order to participate in a great human rights event, “since my mission is to support citizens of the world to build great nations that respect human rights.’’

‘’We send our experts from the Academy of Universal Peace to tension spots which are threatened by ethnic or racial conflicts to conduct analysis before the conflicts take place with the goal of rescuing the lives of civilians,’’ he explained. “We educate them and train them to be global citizens and turn them into a sustainable development group for their own community. That how we build strong nations,’’ he said. 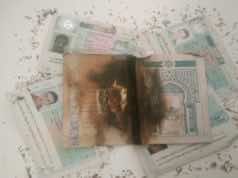