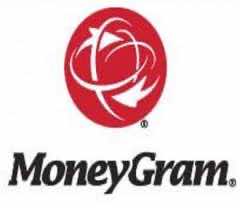 MoneyGram International (NYSE:MGI), a leading global money transfer company, and Al Barid Bank, banking subsidiary of Morocco Post, announced today the achievement of their partnership, adding 1,800 locations in Morocco. With this alliance, new agent Al Barid Bank becomes MoneyGram’s largest agent in the country. MoneyGram’s service is currently being rolled out by region with all locations to be active by the end of August. With the addition of these branches, MoneyGram will count more than 5,000 agent locations in Morocco.

“We are very pleased that Al Barid Bank has decided to offer MoneyGram’s service, this is a significant business opportunity and an excellent alliance for MoneyGram,” stated Francois Peyret, regional director for MoneyGram International. “Morocco is a growth market for MoneyGram as it ranks in the top remittance countries in the world. As we continue to add top agents such as Al Barid Bank to our network we are able to better increase our market share in the country and provide a valuable service to thousands of citizens.”

“Offering MoneyGram’s service further demonstrates Al Barid Bank’s commitment to providing a diversified mix of products and services in order to meet our customer needs. This new partnership will allow Al Barid Bank to strengthen its current money transfer offerings,” said M. Redouane Najm-Eddine, president and director of Al Barid Bank. “MoneyGram is a respected brand in Morocco and we know our customers will find value in using the service to easily and quickly receive funds from family working abroad.”

MoneyGram has been in Morocco since 1998 and recently opened an office in Casablanca dedicated to taking care of its 10 agent partners in Morocco and those in North Africa and West Francophone Africa as well as ensuring a great product for the customer across the region.

According to the World Bank, more than $6.4 billion was sent to Morocco in 2010, making it number 18 in the top 20 remittance receive countries. Countries that send the most money to Morocco include Spain, Italy, the United States, France, Canada, Germany and Saudi Arabia.

Created on June 8th, 2010, Al Barid Bank is the banking subsidiary of the Morocco Post. Thanks to a recognized know-how and to a network of 1800 locations covering the whole territory, Al Barid Bank offers its services for the largest number, including in the most rural villages. By offering a service of proximity, at adapted price, Al Barid Bank accompanies the banking of Morocco, according to the mission which is assigned to them. Since the creation of Al Barid Bank, the rate of banking has raised from 34% to 47%.