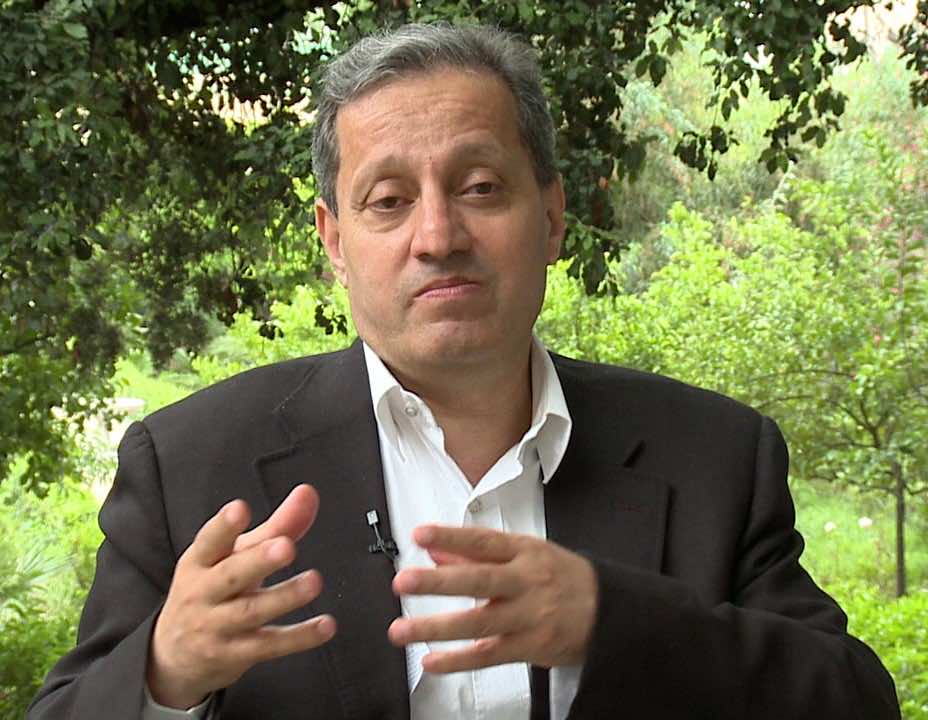 FES, Morocco: Faouzi Skali, an anthropologist and ethnologist by training, launched the Fes Festival of World Sacred Music in 1994. Since then the festival has become an important part of the Moroccan summer, bringing tens of thousands of music lovers from different parts of the world to this ancient city. A host of traditional and popular musicians from around the world took part in the 17th edition of the festival, which concluded last month. Skali spoke to Asif Ismail. Here are excerpts:

Q: What is the mission of the World Sacred Music Festival?
A: The mission is to try to create space… the creation of the type of the world we would like to live in, at least for 10 days. We have all the cultures of the world, all the ‘spiritualities’ of the world [represented here]. We also have [discussions] for changing our thinking, and to try to understand what is happening around us.

Q: The festival was launched after the First Gulf Wars in the early 1990’s. Could you give us the background?

We had at that time the feeling that different cultures were entering into conflicts between them. And we have had internal conflicts, too. We had the conflict between Hindus and Muslims, between Christians and Muslims, between Jews and Christians and so on. I thought that the [Gulf] war created this kind of conflict. The war was waged to solve a problem but it created, by far, a bigger problem.

This festival was a concrete response, a small one, to that. The thinking was that if it works at this level, probably it could work at all the levels. And at the same time, we wanted to develop a vision about the world. That’s why we have this colloquium [on the sidelines of the festival]. So we wanted not just to have beautiful time, to spend beautiful moments together, but also wanted to [explore] what we could do in our countries, what we could propose.

Yes, it is about spirituality, but what we call spirituality is that which could make a human being better, [encourages a] higher level of behavior, ethics, values… We are seeking some kind of wisdom for our time — wisdom in our politics, wisdom in our economics, wisdom in relationships and wisdom at international and local levels.

Q: We know that you are from Fes. When you decided to hold this festival, why did you choose Fes as the venue?

Fes is the city which has the heritage of Andalusia. Andalusia was the place, where for centuries, religions and cultures lived together in a very, very beautiful way. And we have also this incredible space like the Andalusian garden, which is very lovely and a very beautiful place evoking these memories of Andalusia.

Q: This year the emphasis was on mixing traditional modern music and culture…

Yes, we have the traditional art forms, which [reflect] centuries of arts and experience. And we also have a contemporary creation that’s also inspired by the sacred and the spiritual, more or less. Sometimes, it is just inspired by value, by conviction. We don’t want to have just a museum of music, we want to make music play a social and cultural role for our human civilization.

Q: Could you tell us about some of the artists that performed this year?

On the opening night, we had an opera about Majnun and Layla — a romantic story of love and spirituality. We had Maria Bethania, the great Brazilian singer, and Julia Boutros from Lebanon, who is engaged very politically, and Youssou N’Dour from Senegal, Ben Harper from the U.S.A. We have people from India – Gundecha brothers and singers from Rajasthan- so the diversity is very, very great. We also had panel discussions.

Q: In the panel of discussions, colloquiums, a subject that dominated is the turmoil in the Middle East…

Yes, it was one of the subjects [that was well-received]. But there other important panels as well. The first one was about what kind of wisdom is required for our time. It was interesting to see what would be the kind of philosophy that’s going to help us, our time. We also had [a panel] on the future of the Near East and one on the Arab Spring, which is almost everywhere in our discussions.

Q: You termed Fes the “Spiritual Davos.” Could you explain to us why?

Our interest is to articulate between spirituality and the world. We are not talking just spirituality by itself, separately from what is happening in the world. That is our approach, and that is why this forum is called “Giving soul to globalization.”

Q: Seventeen years later, do you think you have accomplished the mission?

Accomplished? No, never. It’s just a path. I think we [are going] in a direction where we can try to gain some wisdom, some knowledge and some understanding. It is the path of knowledge that is shared with a lot of people coming from all around the world. (Global India Newswire)