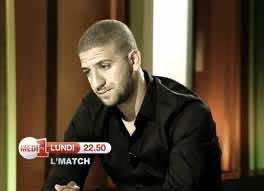 PSG chief Leonardo is unhappy with their move for QPR midfielder Adel Taarabt.

The Sun says the French club’s Arab owners have already tabled a £13.5million bid for the QPR star who seems certain to move.

Yet former AC Milan coach Leonardo, now a director at PSG, walked out of negotiations because he did not want to spend more than £7m of his budget on the Moroccan.

Leonardo – employed by new PSG owners Qatar Sports Investments – had to be ordered back to the negotiating table.