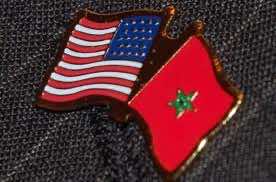 Fez – On March 10, 2011, I accompanied my friend Mr. Driss Ziyane in visiting a center for cultural studies in the medina here in Fez.  We arrived a little late but when we arrived we found that there were some American university students there holding discourse with several Moroccans about the current political and social issues in Morocco and in Northern Africa as a whole.

The Americans seemed to be trying to convince the Moroccans that it is not only the parliament that is corrupt here in Morocco but also the king and the Moroccans seemed to disagree entirely.  To be sure, not every Moroccan must be in love with the king, but I have as yet not encountered one that did not like King Mohamed VI.

In general, the Moroccans seem to believe that there is corruption in the government but that their king is good.  They have faith in the king and were all very happy when he delivered his speech about constitutional reform.

But what does all of this mean to Americans?  While I was sitting there listening to the Americans complain about the rights of women in Morocco while two Moroccan women sat and discussed how much freedom that they have gained over the last few years, I was very irritated.

There seem to be plenty of Americans that think that they have the answer to the world’s problems and that answer is to teach them how to do things the American way.  We seem to think that if only the Moroccan women could live as American women live then surely they would be happy.  If Moroccan families were like their American counterparts then surely everything would be better.

We seem to have no ability to conceive of any other governmental system being half as good as our own.  After all, being ruled over by a king is so old fashioned isn’t it?  As an American in Morocco, I would suggest that we ought to mind our own business.

If Moroccans are dissatisfied then they will take care of it.  As their friends I believe that we ought to support them in striving for whatever they want, but I do not believe we should set ourselves to the task of trying to make them unhappy about things which do not even bother them.

If we Americans will look at our society and the degenerate state in which we now find it, then surely we must understand that perhaps there are other systems that are just as good as our system and maybe there is even one that is better.  While you speculate about the politics of the world, please keep these things in mind.  These people live here.  They understand their position better than we do.  Perhaps we should just leave them alone unless they ask for our help.

Jess L. Norton is a contributor to Morocco World News. He currently live in Fez, Morocco.