New York - Sadly, whenever there is a discussion that involves the word "sex" or “sexual," the majority of people, who only see the world as black and white, immediately think of promiscuity, moral decadence, religious impiety and permissive culture. Others invoke the clichés of Islamic extremism, narrow-mindedness and fundamentalism. Confining morality, religiosity and freedom to a narrow scope does more harm than good. There is always a bigger picture if we understand nuances and think outside the box. 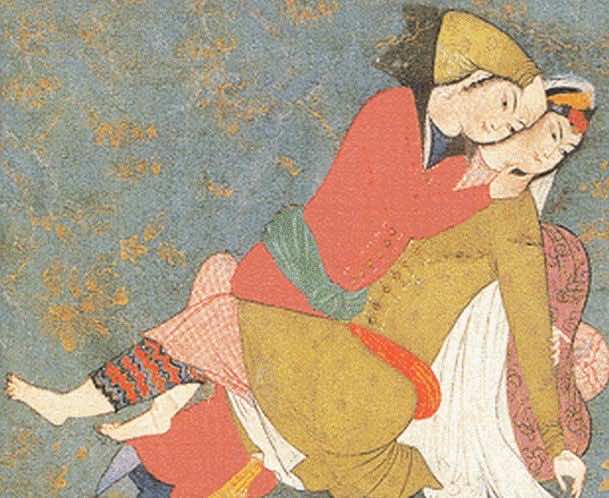 By
Adnane Bennis
-
Adnane Bennis is a national of Morocco, obtained his Bachelor’s Degree in Computer and Information Science from East west University in Chicago.
Jun 29, 2012
Spread the love

New York – Sadly, whenever there is a discussion that involves the word “sex” or “sexual,” the majority of people, who only see the world as black and white, immediately think of promiscuity, moral decadence, religious impiety and permissive culture. Others invoke the clichés of Islamic extremism, narrow-mindedness and fundamentalism. Confining morality, religiosity and freedom to a narrow scope does more harm than good. There is always a bigger picture if we understand nuances and think outside the box.

I think that there is a huge vacuum when it comes to understanding the notions of sexuality, freedom and moral principles. These are unrestricted, asymmetrical concepts that have a multitude of meanings, depending on scope, context, ideological affinities, intellectual backgrounds and cultural differences. Introducing change in conservative societies can be considered a heretic call meant to destroy the social fabrics of society. Admittedly, people adhering to traditional values hold their cultural heritage as an enshrined fortress that cannot be breached and which must not allow any chance for cultural transformation or development. Seldom do they welcome a debate about topics that are taboo.

Talking about sexuality, in general, or sexual freedom in particular can be counterproductive if our approach is not well-chosen. Conservative societies continue to suppress sexual needs and desires in the name of tradition and culture. Moreover, sexuality is also mischaracterized in patriarchal societies as solely a means of reproduction where women’s side of the issue is often overlooked and held as taboo to trespass. Women are usually conditioned not to speak openly about matters related to sex. This has contributed to a disadvantage and a sidelining of women’s sexual education, which consequently led to the prevalence of “hidden/unspoken of cultures.”

Conversely, sexuality can be perceived as a set of desires that need to be fulfilled and rituals that should be freely practiced irrespective of social boundaries or cultural norms. In addition, sexual freedom, either in wedlock or outside of marriage, should remain an individual and private freedom. Thus, laws restricting or criminalizing sexual practices ought to be repealed, simply because they constitute a breach of human rights and personal freedoms as human rights activists put it.

Some Moroccan human rights activists have recently called for the repeal of “Article 490” within Morocco’s penal code. “Any sexual relationship outside of marriage constitutes the crime of adultery and is punishable by imprisonment from one month to a year.” The article under scrutiny, according to activists, breaches the fundamental human rights freedoms. As long as a couple are in consent with each other and are in an intimate relationship by will and not by compulsion, then it is within their personal liberty to act as they wish, since men and women are entitled to their bodies. A law that criminalizes human behavior, as far as this behavior does not encroach on other people’s freedoms, is unconstitutional and should be revoked, therefore.

Morocco overwhelmingly approved a new constitution that strengthened and constitutionalized human rights, as universally recognized, in a referendum on July 1, 2011. Calls to cancel certain penal codes that seek prison terms for non violent acts or speeches are legitimate in order that the reformed constitution be a real and practical body of fundamental principles and not only an empty promise. Calls such as these, if cannot reform, change and repeal articles like ‘article 490’, definitely raise awareness of taboo topics and seek to indulge people in self-reflection.

Apparently, discourse on mainstreaming sexual freedom can be fraught with danger. To choose this special article to the forefront of individual freedoms above all other issues and dysfunctions of society is mind provoking and raises eye brows in regard to the reasons behind unleashing this fuss. Given the fact that Morocco is a conservative nation, do we really need calls for sexual freedom? Are we prepared as a nation in terms of educational and cultural faculties to usher in a phase of social transformation? What value does revoking an article that is hardly enforced would add to us as individuals?

It is worth noting that to incriminate a person having sexual intercourse beyond the boundaries of wedlock is hard to achieve and necessitates strongly founded facts, including the presence of an official record redacted by a police officer in the act or a judicial confession of the suspect in the presence of a judge or a written confession issued by the defendant. Otherwise, the absence of the aforementioned prerequisites will lead to suspicion not to guilt. However, suspicion of this sort can be devastating to individuals, women in particular, due to the sensibility of the topic that correlates sex with honor and chastity.

Fairly put, is not a huge part of Moroccans are already listening to their whims and participating in premarital relationships, adultery and fornication? Then, alarming the bell against sexual freedom can be an overreaction meant only to counterbalance the influence of secular talk heads. In fact, Moroccans have been enjoying their freedoms long before these “calls to promiscuity,” as some Islamists prefer to describe them, erupted. As a result, raising such issue is futile and meaningless, since practitioners give a blind eye to ‘Article 490’ as is the case with numerous other articles within Morocco’s penal code.

I think that invoking this debate at the current conjuncture when the whole nation is facing a soaring unemployment rate, with a stagnating economy and at the backdrop of other pressing issues worldwide: the ongoing slaughter of the Syrian people and the European economic depression is categorically inappropriate. Topics of this vein reflect the huge disconnect these so-called human rights activists have in relation to Moroccan people, the very individuals they claim to defend. This also presses legitimate doubts on the credibility of their activities as vanguards of human rights.

Preaching for sexual freedom in a country whose 40% to 50% of its population is illiterate is tantamount to offering someone to drive a Ferrari, while he or she does not possess a driver’s license or have any knowledge whatsoever of how to drive a simple car, let alone an upscale fast car. These unnecessary calls of freedom are simply empty of deep understanding of what is basic and primary to Moroccan society. Do you think that people in the remote areas of “useless Morocco” care about sexual freedom or understand the meanings of this phrase? How will sexual freedom change the harsh conditions of people living in the slums of Casablanca deprived of the basic needs of decent living? Is not focusing on achievable goals of human development a better cause? What about seeking equal opportunity and gender parity? What if we assemble our energies to fight the real cancer that is threatening our long term development and prosperity: illiteracy, especially among women and girls?

It is advisable that we direct our analysis in unveiling the atavistic malpractices within our cultural and social orders. We must debunk the “hidden culture” that no one cares to highlight. What is needed is a bold and courageous high level debates over the patriarchal society along with the unworthy, unfounded convictions that give superiority of men over women. Raising awareness at the grassroots level that men and women are equal both in duties and rights as law abiding citizens must also be ingrained. What people need is the right education that sexual intimacy between man and woman should be bound within the ethical provisions of society and that both parties are responsible, should a problem erupt. The culture that gives men a free pass to act as they wish, while depriving women of the same right or perceiving them as immoral is social hypocrisy.

Let’s be clear, folks. To call for repealing “Article 490” before preparing society with the immune system it needs to protect itself against vulnerability and confusion is conducive to social chaos. Before we ride the freedom truck towards sexuality, let us first go through the stages of cultural evolution. Let us educate and be educated of our rights, privileges and responsibilities. Inevitably, change is upon us. This is why we have to be prepared as a nation to avoid disorders and pass on the culture we are bequeathed to the next generations. The right to free education is what direly needed not sexual freedom.

Calling for freedom of sexuality is an oxymoron that mixes two strongly misused and misunderstood notions within the Moroccan society. Sexuality as well as freedom still needs scholarly analysis and broad explanations so people of all walks of life can fully understand and grasp their definitions. So, freedom fighters, please do not insult our intelligence. 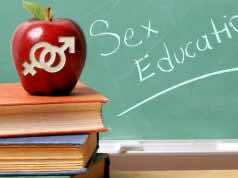 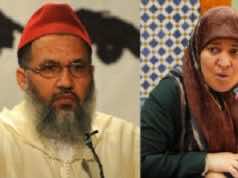 Morocco: Uproar After Arrest of Couple of Muslim Preachers For Adultery