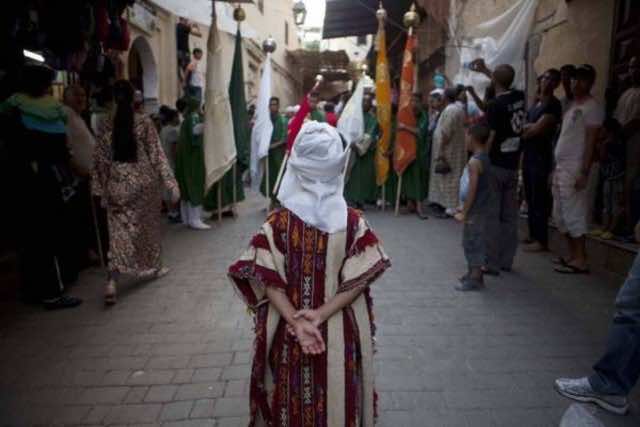 El Jadida, Morocco – To better understand a society, one has to reflect on its rites and rituals. Among the rituals performed by most Moroccans, if I do not say all, are rites of passage. These are ceremonies performed in important stages in one’s life, such as birth, circumcision and marriage. These rites, in a Moroccan context, are related to blood. Blood, culturally speaking, symbolizes a successful transition from the womb to the external world, from being a child to being a man, or from being a virgin to being married. During these ceremonies, a sheep or a bull is sacrificed. Blood is shed as a symbol of a successful transition.

Marriage is among the important phases of one’s life. The ceremony can take several days and nights. Still, the significance of some rituals has been altered or lost. Let’s take “El ammariyya or El buja” as an example.

It is a kind of a cage that is made of wood, about one meter high and half a meter wide, square with a pointed roof. It is used to carry the bride from her home to the bridegroom’s. This is the first ritual in the bride’s passage to a marital state. She leaves her home as a virgin, a girl, and a daughter to become a woman – or more precisely a married woman.[1] If she is not married for the first time, she has to foot it. “El ammariyya” becomes a symbol of virginity. At the groom’s, she is received with “zgharit,” milk and dates – dates symbolize fertility.[2]

Nowadays, “El ammariyya” has lost its cultural significance, except in some places such as Tangier, in which they still perform this ritual more or less with the same significance and practices. “El ammariyya” becomes just part of the wedding ceremonies. The bride and the bridegroom as well are both carried on it. Music is played, dances are performed and girls are singing “daha o daha, o walah ma khalaha.” That is all what is left from the ritual of “El ammariyya.” Even though the ritual of “El ammariyya” is now performed differently and has lost some of its significance, girls and brides see in it a necessity in their wedding ceremonies and during their passage to the marital state.

As discussed above, blood holds an important place during the rites of passage. In the case of marriage, the significance of blood is doubly important. Before the wedding, a sheep or a bull is slaughtered. Blood is shed to symbolize the beginning of a new step in one’s life. Blood is doubly present in marriage ceremonies with “sbah.” It is the morning after the defloration.

The bride’s successful transition from virgin to a married woman is celebrated. She is now opened and ready to bear children for her husband. Her defloration is made public and family members come to congratulate the couple for their successful passage, and most importantly to have a look at the “serwal.”[3] It is the bride’s pants covered with her vaginal blood.

These rituals have become less culturally loaded in this globalized era. The cultural values they used to carry become less apparent. Nevertheless, they are still present in our cultural consciousness and they are practiced in different ways. Every bride’s dream is to be carried on “El ammariyya”; to be received with milk and dates; and to be congratulated in the “sbah” and hear girls sing in her honor “sbah sbah malih, lmelha o ser 3lih.”

It is part of our cultural beliefs and practices that a girl is not sold cheap (ma tbaaetch rkhissa). Deflowering a girl would cost quite a fortune and long and costly ceremonies. Her passage from a virgin to a woman has to be made public, and she has to be congratulated for that. It is part of cultural shame that a girl is seen with a man outside the family or marriage constitution.

It is not enough to impose western practices on a society to claim modernization. Sexual freedom, apart from being religiously forbidden and ethically immoral, is culturally unconceivable. In a society like ours, it is not an easy equation to have more sexual freedom to have easy sexual relations. It is our cultural morality that regulates our behaviors. It is part of cultural shame that girls would not be sold cheep.

[3] I deliberatly do not give the translation of some terms in order to convey their cultural meaning. 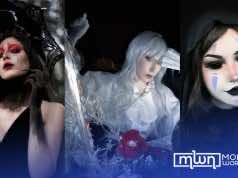