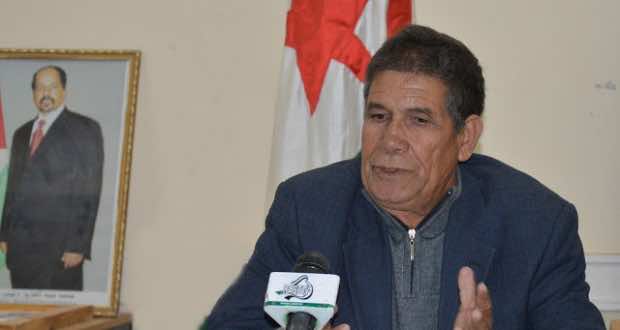 Rabat – The troubles of the head of the Polisario, Mohamed Abdelaziz, do not seem to end any time soon because of the resounding declarations of Bachir Mustapha Sayed.

When Bachir Mustapha Sayed came to the forefront to defend Mustapha Salma, the dissident banned in 2010 from the Tindouf camps for having publicly supported the Morocco-proposed autonomy plan for Western Sahara, he embarrassed the entire leadership of the Polisario.

According to informed sources in Tindouf, Mohamed Abdelaziz was personally rebuked by senior agents of the DRS, the Algerian military intelligence services, which keep the Polisario camps under their control.

This explains why his open letter has had such an echo in the Tindouf camps. In his letter, Bachir Mustapha Sayed, who has the position of “Minister of State” within the Polisario structures, is full of praise for the Polisario’s number one enemy. He said he holds Mustapha Salma in respect for his full awareness of the plight of the Sahrawis living in the Tindouf camps. He also hailed the dissident’s determination to change things.

As Mustapha Salma knows perfectly well all the intrigues hatched by the Polisario and the Algerian intelligence services to perpetuate the Western Sahara conflict, he is the sworn enemy of Mohammed Abdelaziz and of Algeria as well. Moreover, the fact that Mustapha Salma is still banned from setting foot in the Tindouf camps, while his five children and his wife are still there, is the perfect illustration of this unrelenting hostility.

According to the same sources in Tindouf, the Algerian intelligence services summoned Bachir Mustapha Sayed to explain his daring statements, and started watching him closely. Senior officers of the DRS seem to fear that Bachir Mustapha Sayed defects like many other Polisario leaders who eventually returned to Morocco.