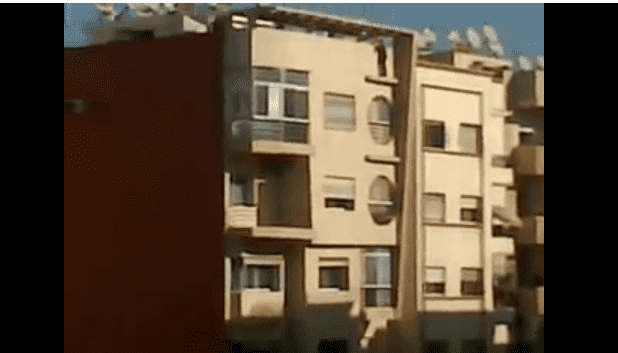 Casablanca – The inhabitants of Bourgone neighborhood were in shock on Tuesday when a person died after she tried to prevent a maid falling from the 5th floor of an apartment building from committing suicide.

According to the daily Al Akhbar, as soon as the young person noticed that the maid was intending to throw herself from the fifth floor of the apartment where she used to work, he hurried to intercept her while she was falling, but the maid hit him so strongly that he was killed on the spot.

The maid was immediately transported to the hospital for treatment.

According to the same source, the maid is aged 17 and was hired by a doctor.

The causes behind her suicide attempt are still unclear and the police’s investigations are underway to determine the cause of the incident.