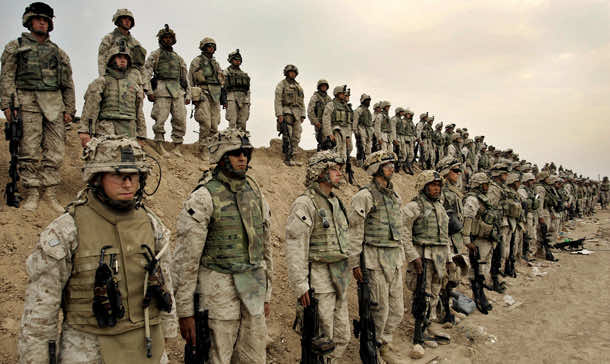 The Watson Institute for International Study at Brown University released a study on Thursday, March 14th on the cost of the US-led war on Iraq. The first comprehensive analysis to be conducted ever on the costs of the war indicated that the US spent more than $1.7 trillion and that it could grow to more than $6 trillion over the next four decades.

With respect to human loss, about 190,000 people were killed including civilians, children, soldiers, humanitarian workers, and journalists.

The report was prepared by 30 academics and experts before the tenth anniversary of the US-led invasion of Iraq on March 19 / March 2003. The report is an update of a previous report issued by the Watson Institute in 2011 before the tenth anniversary of the 9/11 attacks on the United States which estimated the cost in dollars and the number of those killed in the wars in Afghanistan, Pakistan and Iraq.

The report concluded that the US “didn’t gain much from the war while Iraq was traumatized by it.” It added that the war in Iraq “reinvigorated the dormant fundamental Islamists in the region who pose a permanent threat to the US interest in the region and the world.”

In addition, the war on Iraq set back women’s rights and weakened the healthcare system. The report adds that the efforts for reconstruction worth $ 212 billion failed to a large extent because most of this amount was spent on security or lost due to waste and fraud.