Fez - I came to discover this name two years ago when I was surfing the net in search of Moroccan diasporic writers to work on for my PhD thesis. I wanted to dig deep where there might be unknown writers to the Moroccan academics so I typed “Les écrivains marocains au Canada” (Moroccan writers in Canada) because Moroccan writers in Europe seem to be exhausted and overused in academic circles in Morocco. 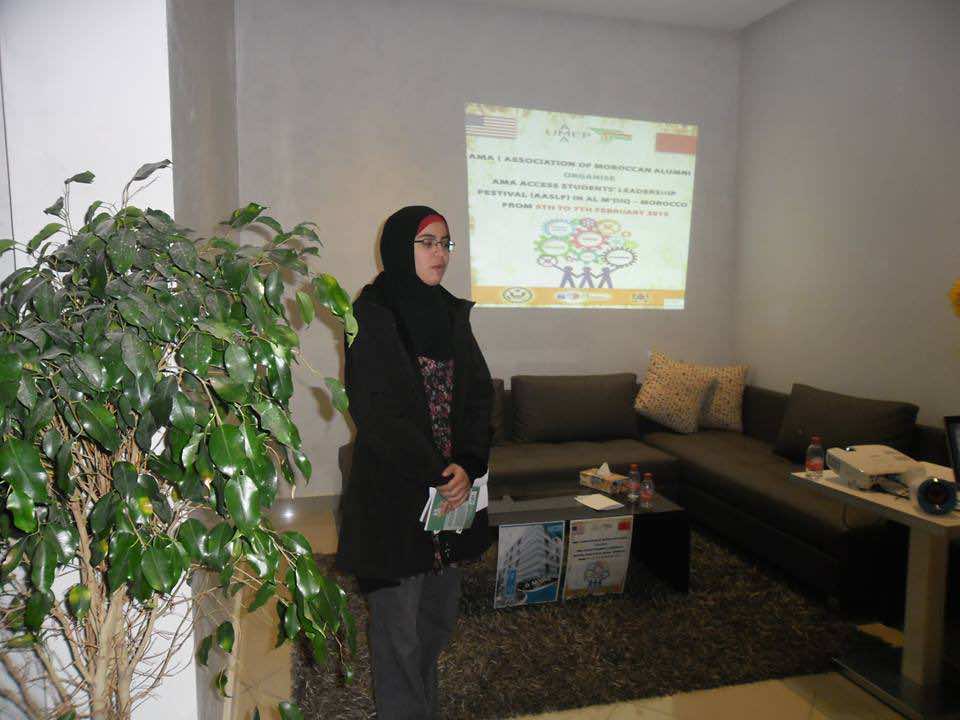 Fez – I came to discover this name two years ago when I was surfing the net in search of Moroccan diasporic writers to work on for my PhD thesis. I wanted to dig deep where there might be unknown writers to the Moroccan academics so I typed “Les écrivains marocains au Canada” (Moroccan writers in Canada) because Moroccan writers in Europe seem to be exhausted and overused in academic circles in Morocco.

Among the results google granted me was a novel entitled Le chant de la colombe (the Song of the Dove) by a fourteen year-old writer called Intissar Louah. The search for the novel in Morocco was to no avail as the book was published and distributed in Canada. But my curiosity to read this young author made me push the search to the edge; I contacted a friend of mine in Toronto and she called the publishing house that brought her in contact with Intissar’s father Mr. Driss Louah. My friend’s mission stopped right after she established connection between me and Mr. Louah who just after two days of our virtual acquaintance kindly mailed me the book. 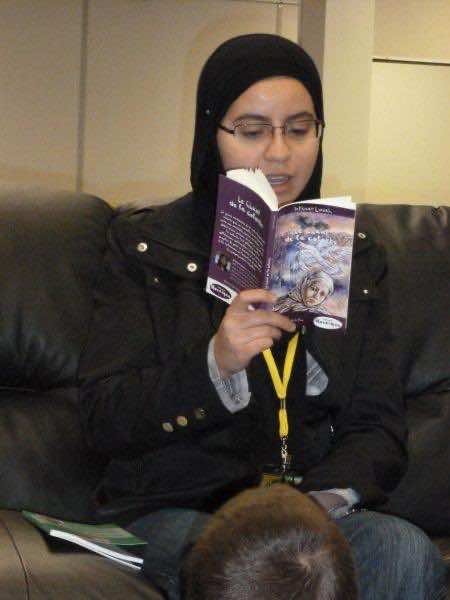 When you read Intissar’s novel you feel the genius of this writer who despite her young age reflects thoughtfully and eloquently on a big political and cultural issue, namely immigration. In fact, while reading you can’t escape the question that sporadically surprises you amidst your immersion in the details and stages of the novel: how did this young girl manage to put such liveliness and meticulous descriptions of her fleeting feelings and impressions into her work?

After reading the work twice, I came to understand the cultural and psychological implications of immigration differently, this time from the perspective of a fourteen year-old girl. Le chant de la colombe is the confluence of Intissar’s personal experience with her imaginative and imaginary worlds. Intissar had to leave Morocco early in her life to settle with her family in Alberta, Canada.

This voluntary displacement from Morocco to Canada marked the shift from a cultural context to another which is drastically different. Intissar’s novel is exactly on this cultural encounter and the reconfiguration of personal and cultural identity within the multicultural context of Canada.

Intissar’s novel traces the trajectory of a fourteen year-old girl named Leila Sharif who emigrates from the city of Chefchaouen (in northern Morocco) to Canada, thus, joining her father whom she didn’t see for two years. The protagonist (and the writer’s persona) arrives at a world that is fascinating, yet culturally shocking. She writes:

In this different world, Leila starts her journey for integration and self assertion despite the multiple linguistic, cultural and religious obstacles. Her first day at school will be the beginning of a plot that takes her on the adventure of a treasure hunt in which she will prove her intelligence and heroic personality and finally manage to assert herself in the new society.

Intissar’s book has been acclaimed by a number of personalities and institutions. On February 9th, 2011 a letter was written to Intissar from the Buckingham Place on behalf of the Queen Elizabeth II. It reads: “The Queen is pleased to receive the book ‘Le Chant de la Colombe’ which you wrote at the age of fourteen, and Her Majesty was interested to learn that this will be added to the literary annotated bibliographies, aged 7 to 9, by the Alberta Education Department.” Intissar also received letters of admiration and encouragement from the Canadian Prime Minister Mr. Stephen Harper, Alberta’s Minister of Children and Youth Services Mrs Yvonne Fritz, Alberta’s Minister of Education Mr. Dave Hancock, the Governor General of Canada David Lloyd Johnston, Alberta’s Minister of Employment and Immigration Mr. Thomas Lukaszuk etc.

Intissar is now embarking on the writing of a new novel –in English this time- that will be published soon. As the youngest author in Alberta, the young woman is the epitome of perseverance, determination and ambition; the qualities that earned her a very good reputation not just in her Alberta community, but in Canada in general. Intissar travels a lot in Canada talking about her work to children and young students and providing inspiration for them. Morocco World News will soon publish an exclusive interview with this young talent.