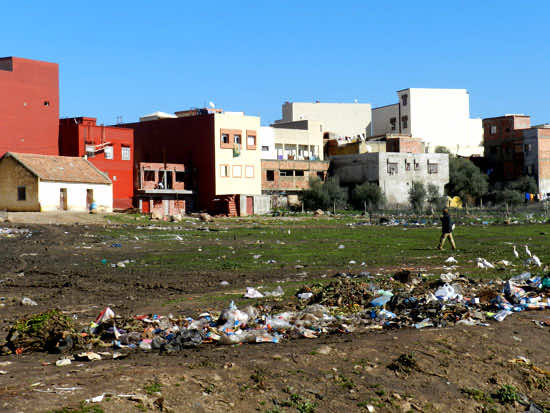 Tahla is a city situated in a marginalized part of Morocco, approximately 80 kilometers to the east of Fez. It is located in a mountainous region and is notoriously cold during the winters. Its people are Amazigh and belong to the Beni Warayen’s tribes who were well-known migrants which did not settle until the past century. 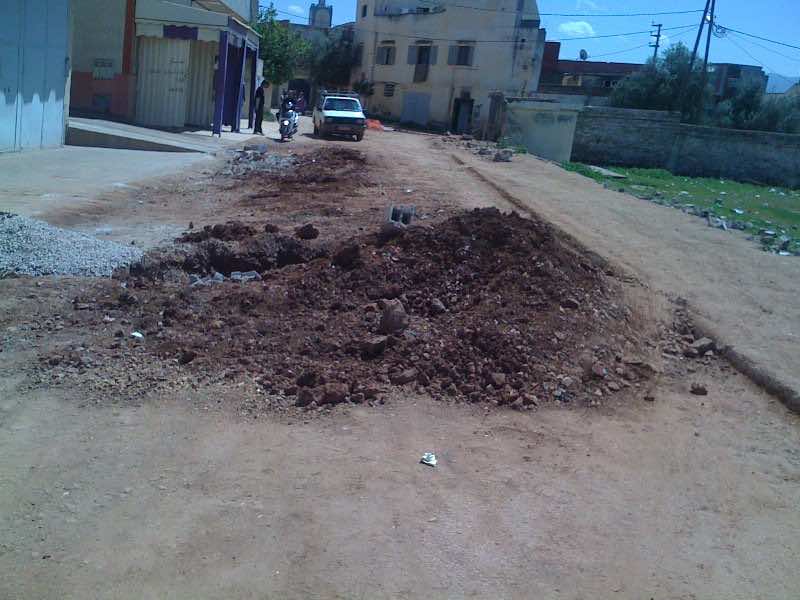 Tahla’s economy depends mostly on agriculture which is still rudimentary due to officials’ indifference towards this cherished part of our nation. This city suffers deeply in absolute silence from uncountable problems, among which is infrastructure.

Although officials call it a city, Tahla’s primitive infrastructure does not fit the label. In many areas of Tahla, it is not uncommon for residents to be obliged to wear boots in order to make their way through the debris of water drain and sewers construction.

These appalling conditions make it difficult for Tahla’s inhabitants to cope with the snail-like progress of infrastructure-related projects that are always either imperfect or incomplete, and that are often completed devoid of warning signs for passersby. The infrastructure normally contributes to the development of a given area. In Tahla’s case, it is in fact a hindrance toward any real evolution of the local economy. 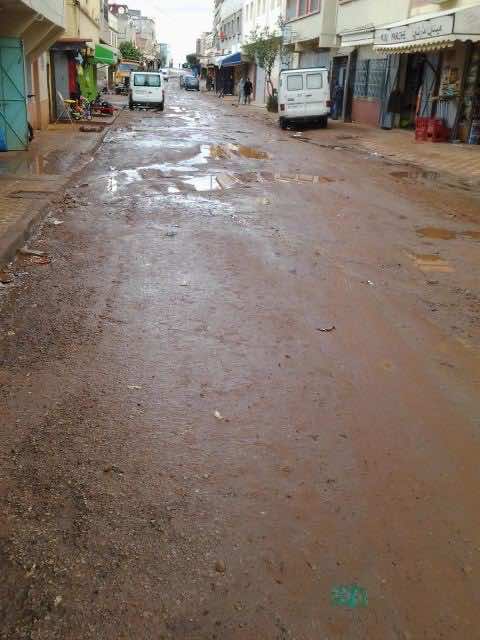 People often complain to local authorities with regards to these concerns, but their complaints are met with deafened ears. In the rare cases when officials are attentive to these grievances, they merely articulate fabricated promises.

Sadly, this is only a drop in the ocean of problems that Tahla is wallowing in.  Power and drinking water cuts, inadequate medical care services,  putrid dumps, roads full of holes are a few of the problems that Tahla’s residents are faced with on a daily basis.

The need of the hour is for the municipality to develop proper urban infrastructure in Tahla. and to improve its public facilities. Last but not least, civil society should intervene to mobilize people in order to awaken local authorities from their prolonged hibernation.