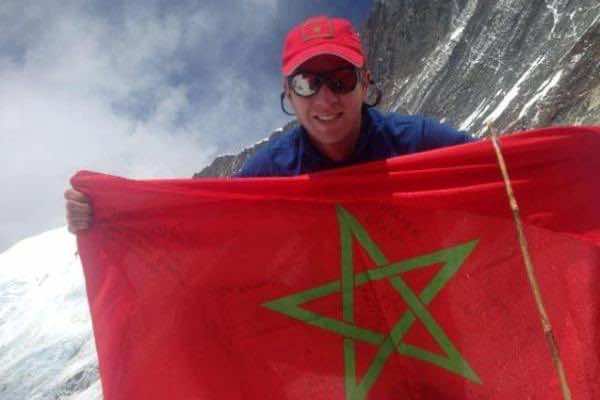 Upon conquering Everest, Ben Abdeljalil prostrated in happiness and gratitude to God for His help. According to 2M, Ben Abdeljalil is the first Moroccan to hoist the national flag on the famous peak.

After pulling off the adventurous feat, Ben Abdeljalil shed tears of happiness and victory and went on to pray and read the Quranic surah Al Fatiha. He then prayed for all Moroccans and tearfully asked God to answer their prayers. He also wished his home country Morocco ever-lasting success, peace and development in all aspects.

“Lord, may you shelter the homeless and cure sick people in Morocco! May you grant all Moroccans success in their lives, ” prayed Ben Abdeljalil.

“My ambition is to be the first Moroccan to put up the Moroccan flag on the highest peak in the world,” 2M once quoted Ben Abdeljalil as saying. And some time later, he managed to achieve his goal.

It is worth mentioning that Ben Abdeljalil has already climbed several peaks throughout Europe before heading to Everest.