Casablanca - In a stress ridden world, the Islamic prayer opens for the Muslim a straight channel without any mediation to communicate with God, to praise His Almighty for His countless blessings, to ask for guidance and to make requests known as Duala either about worldly concerns or those pertaining to the afterlife. 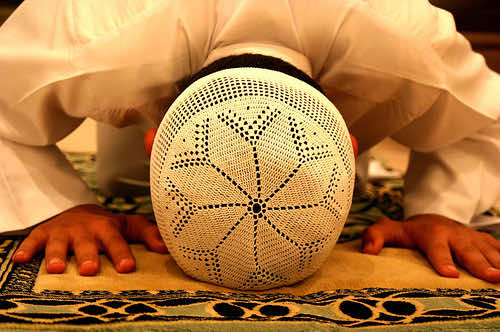 By
Loubna Flah
-
Loubna FLAH is a Moroccan national.
Aug 17, 2013
Spread the love

Casablanca – In a stress ridden world, the Islamic prayer opens for the Muslim a straight channel without any mediation to communicate with God, to praise His Almighty for His countless blessings, to ask for guidance and to make requests known as Duala either about worldly concerns or those pertaining to the afterlife.

A joint Israeli American study conducted by the American Institutes for Health and Tel Aviv University revealed that the Muslim prayer can reduce the risk of developing Alzheimer by 50%.

The empirical study examined 892 Muslims aged over 65 years old. The study revealed that among 60% women who are regular on their prayer, 50% are less prone to develop Alzheimer disease.

Professor Rikva Inzelberg, a leading researcher in Tel Aviv University confirms: “Prayer is a custom in which thought is invested, and the intellectual activity involved in it may constitute a protective measure against the disease”

Dr. Raja Rihi, a Moroccan neurologist asserts that the Islamic prayer and Quran learning have the potential to enhance intellectual abilities especially memory as well as the linguistic skills.

The Islamic prayer known as Salat in Arabic is a fundamental form of worship without which the Islamic practice remains lacking and deficient. It is enough to say that Salat is one of the five pillars of Islam.

Salat is performed five times a day, near dawn known (fajr), after midday has passed and the sun starts to tilt downwards (?uhr), in the afternoon (Asr) just after sunset (Maghrib) and around nightfall (Isha’).

The Islamic prayer is an opportunity for the practicing Muslim to maintain the flame of faith lit constantly in her/ his heart. During the acts of Salat, Muslims renew their faith by maintaining the religious connection with Allah.

Each prescribed action and word have a religious connotation. The Standing posture at the beginning  gives the praying person the calm needed to concentrate and meditate.

The Bowing or Ruku’ is a sign of submissiveness where the Muslim glorifies Allah through  praise words whereas the prostration  Sujud is an opportunity for Muslims to praise Allah, ask for forgiveness and articulate  their solicitations and supplications.

The praying person recovers her/ his serenity at the end of the Salat by placing the left foot along the ground with the right foot upright.

It is noteworthy that during the prostration (Ruku’), the praying person rests her/ his head on the ground which allows the blood to flow down unimpeded and to nourish the brain.