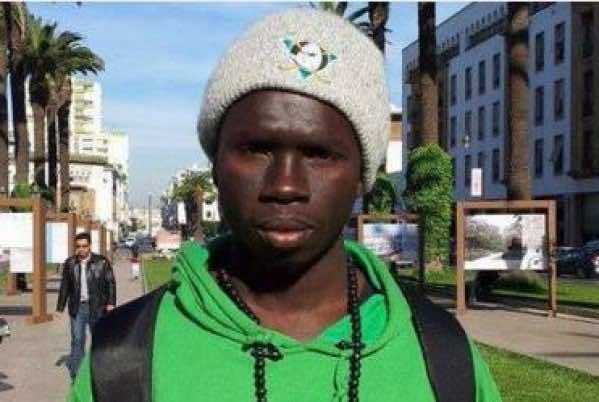 African immigrants warned Monday of a rise in racist attacks in Morocco, as hundreds gathered outside a morgue holding the body of a Senegalese man who was murdered last week.

Some 250 people, mostly Senegalese immigrants, gathered outside the morgue in Rabat, where the 30-year-old’s remains were taken after he was stabbed to death on a bus in the Moroccan capital last Monday.

Anna Bynes, 20, a Senegalese student at Rabat university, said the attack was the latest in a string of racist violence targeting sub-Saharan Africans.

“It is the last straw… The other day it was a Congolese man killed on a bus in Tangiers. Then a Gabonese woman was raped. Today a Senegalese has been killed.”

The police on Friday arrested a Moroccan suspected of having carried out the attack, which followed an argument over seating at the central bus station in Rabat, according to the official MAP news agency.

Selim, a friend of the victim, called on the Moroccan monarch to demand an end to racist attacks.

“We are asking King Mohammed VI to address the people and to remind Moroccans who want to destabilise relations between Senegal and Morocco that those relations have existed for centuries,” he said.

But Jop Adama, a representative of the Senegalese community, played down the racial motivation behind the killing, insisting it was an isolated case.

“What happened is a tragedy,” he said.

“You cannot talk about growing racism (in Morocco). It’s an isolated case, which could have happened anywhere in the world.”

The Senegalese ambassador, who attended Monday’s gathering, declined to comment on the incident.

Morocco is a key transit country for sub-Saharan migrants hoping to reach Europe through Spain, but also increasingly a host country for those who choose to remain, with the number living in the north African nation estimated at between 20,000 and 25,000 last year.

Medical aid group Doctors Without Borders announced in March that it was closing its projects in Morocco in protest over increased violence by the authorities against illegal migrants.