By
Larbi Arbaoui
-
Larbi is a freelance writer and assistant editor at Morocco World News.
Sep 4, 2013
Spread the love

The Moroccan writer and director Abdellah Taia has turned his originally French novel “L’Armée du Salut” “Salvation Army” into a film that he believes has given Arab cinema its first gay protagonist.

‘I am totally aware of how this subject is taboo in the Arab world,” Taia was quoted by Associated Press as saying.

According to the same source, Taia said “Maybe this film will help some gay and lesbian Arab people face reality and have some support.”

“I think this is the right time as well to free homosexuals in the Arab world and not forget that they are Arabs as well,” he added.

Born in Sale, Morocco, the thirty-nine year old, Abdellah Taïa is the first Moroccan and Arab writer to have openly come out about his homosexuality in an interview with the literary magazine TelQuel in 2007.

The 81 minutes film tells the story of the gay life of Abdellah, being in bad terms with his father. In the streets of Casablanca, he has occasional sexual intercourses with men. Ten years later, after his brother Slimane abandoned him, Abdellah lives with his Swiss lover, Jean, then leaves Morocco and goes to Geneva, where he decides to break up and to start a new life alone and took shelter in a house of the Salvation Army.

Homosexuality is illegal in Morocco in accordance with Article 489 of the Criminal Code. The article condemns “anyone who commits an indecent act against nature with an individual of the same sex”. 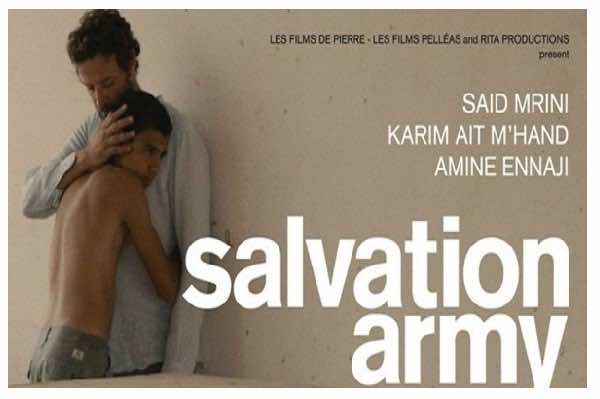