New Yorker- Nina Davuluri, an American-born New Yorker of Indian descent was crowned Miss America last night. Ordinarily, this would be a seemingly happy moment that a woman representing the Miss America pageant would also represent the melting pot of American culture, but many Americans had a different idea about Davuluri’s win. 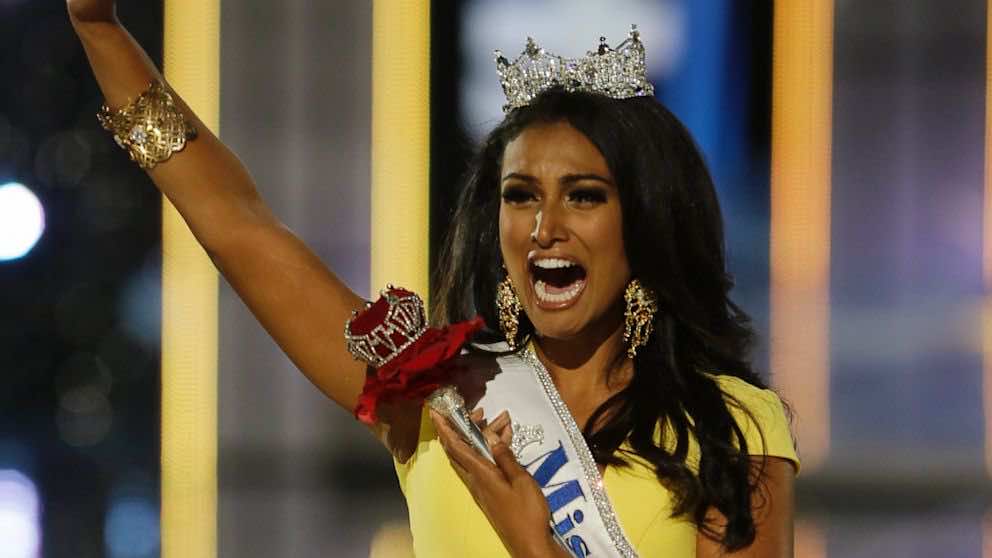 New Yorker- Nina Davuluri, an American-born New Yorker of Indian descent was crowned Miss America last night. Ordinarily, this would be a seemingly happy moment that a woman representing the Miss America pageant would also represent the melting pot of American culture, but many Americans had a different idea about Davuluri’s win.

Many Americans reactions on twitter emphasized their dismay at an “Arab” winning the pageant, although Davuluri is an Indian-American. Referencing Egypt, Al-Qaeda, and September 11th, many people on Twitter only sought to highlight their own ignorance by lumping Indians, Arabs, and North Africans into one ambiguous ethnicity.

Buzzfeed put together a list of the most outrageous reactions to Davuluri’s victory. The responses ranged from—

“Egypt dancing? This is America”

“I swear I’m not racist but this is America”

“Miss New York is an Indian…with all do respect, this is America.”

To somehow linking a beauty pageant to terrorist groups:

“Congratulations Al-Qaeda. Our Miss America is one of you.”

“Miss America is a terrorist. Whatever. It’s fine”

What Davuluri’s crowning really represents is America’s step in the direction of recognizing other forms of beauty as legitimate. Gone are the days of Barbie-perfect looks, with such a mixed culture, the status quo has been eliminated, and the standard of beauty has been broadened to include all ethnicities.