Washington- The Moroccan government has decided to sue the Spanish newspaper El Pais for airing a video of jihadists calling on the al-Qaeda Organization in the Islamic Maghreb [AQIM] to mobilize and commit terrorist acts in Morocco. 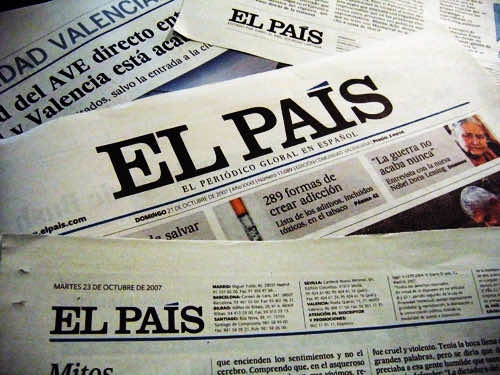 Washington- The Moroccan government has decided to sue the Spanish newspaper El Pais for airing a video of jihadists calling on the al-Qaeda Organization in the Islamic Maghreb [AQIM] to mobilize and commit terrorist acts in Morocco.

In a communiqué released on Tuesday, the Ministry said that “contact has been made ??by the Minister of Justice with his Spanish counterpart to inform him of the Moroccan government’s preoccupation after the Spanish newspaper aired a video that incites to terrorism, which endangers, and compromises the safety and security of Moroccan citizens and their property.”

According to the same communiqué, this tape can be accessed through a hyperlink to the Spanish newspaper, which published it in its original Arabic, which means that it was directed to Arabic speakers, in general, and Moroccans, in particular.

The same source said that the Moroccan government has decided to sue newspaper El Pais.

Morocco’s public prosecutor on Tuesday instructed the police to arrest Ali Anouzla, editor of electronic site (lakome.com), for investigation after his site broadcast of the aforementioned video.