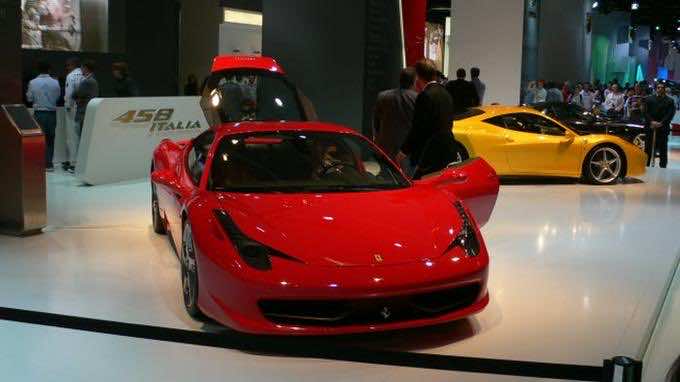 By
youssef sourgo
-
Youssef Sourgo is currently a Master’s student in Linguistic and Literary studies at Ain Chok Faculty of Letters and Humanities.
Oct 12, 2013
Spread the love

Casablanca- The Italian  luxurious automaker, Ferrari officially arrives in Morocco after the inauguration of its first showroom on September 26 in Ain Sebaa, Casablanca, according to daily La Vie Eco.

Enrico Galliera, senior vice president of sales and marketing in Ferrari, said that the brand has chosen the Kingdom among other African countries “because of its the potential in terms of economic growth, especially in the tourism sector.”

Morocco is the 61st country in the world and the third in Africa, along with South Africa and Egypt, where the famous supercar brand, Ferrari is marketed.

The marketing of Ferrari vehicles by Universe Motors, the distributor of Honda and Seat, will take place in a showroom of 300 m2 in Casablanca, where the full collection of the brand, including California, the F12 Belinetta, the FF and the upcoming Ferrari 458 Speciale will be on display.

Universe Motors aspires to sell between 10 and 15 Ferrari per year in Morocco. “We have set ourselves the objective of selling 12 cars in 2014 and double the number the next year,” Mehdi Tak-Tak, CEO of Ferrari Morocco, was quoted as saying by news outlet Media24.

According to Medias24, the choice of Universe Motors to take charge of distributing Ferrari in Morocco is not a coincidence. The direction of the Italian brand stated that several candidates had applied to receive this honor, but only three were selected to be audited. Universe Motors was selected after a rigorous process that lasted six months.