Paris - Luxury hotel Selman Marrakech has been awarded Best Hotel in Africa in 2013. 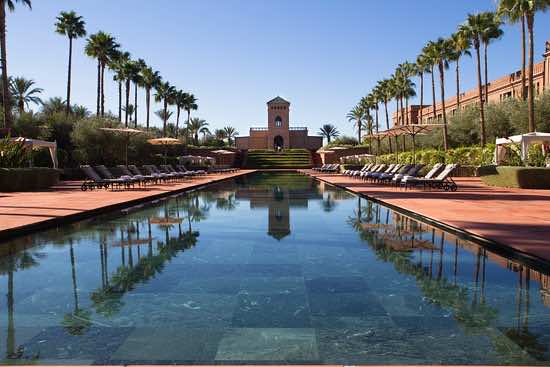 Paris – Luxury hotel Selman Marrakech has been awarded Best Hotel in Africa in 2013.

The award was given on Monday in Paris by the jury of 2013 Villegiature awards, which rewards the best hotels of Europe, Africa and Asia.

This award also recognizes some hotel trades, as well as publishing, including books dedicated to hotels and gastronomy.

In addition to Selman Marrakech, two other hotels in Morocco are nominated for the grand prize for best hotel in Africa, namely Sofitel Agadir Thalassa Sea & Spa, and Palais Namaskar Marrakech.

The 2013 Villegiature jury award was composed of 24 correspondents and journalists, from major foreign and French media institutions.

The award ceremony was attended by several diplomats, including ambassador of Morocco to Paris, Chakib Benmoussa.