RABAT - Moroccan journalist Ali Anouzla, arrested last month and charged with aiding "terrorism" in a case that has provoked an international outcry, applied for bail at a court hearing on Tuesday. 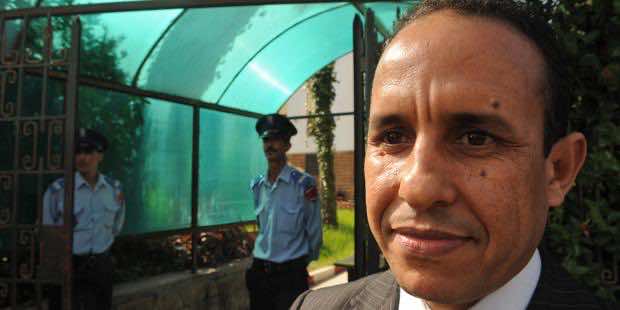 RABAT – Moroccan journalist Ali Anouzla, arrested last month and charged with aiding “terrorism” in a case that has provoked an international outcry, applied for bail at a court hearing on Tuesday.

“We have asked that he be granted bail while the proceedings continue. The judge must make a decision within five days,” Anouzla’s lawyer Hassan Semlali told AFP.

He said that the court in Sale, twin city of the capital, had called a new hearing for October 30.

Anouzla, who headed the Arabic version of independent news website Lakome, was arrested on September 17 after his website posted a link to a video attributed to Al-Qaeda in the Islamic Maghreb, the jihadist network’s north African affiliate.

He was subsequently charged with defending and inciting terrorism.

Several dozen supporters held a sit-in outside the court.

Anouzla is known for criticising state institutions, including the monarchy, effectively a taboo subject in the Moroccan media, and has been prosecuted in the past.

His arrest has been denounced by human rights groups inside and outside Morocco, with Amnesty International calling him a prisoner of conscience and demanding his immediate release.

Earlier this month, the US State Department expressed concern over Morocco’s decision to charge him, while Reporters Without Borders has asked French Foreign Minister Laurent Fabius to raise the issue with his Moroccan counterpart at a scheduled meeting on Wednesday.

Under Morocco’s tough anti-terrorism law, which was adopted in 2003 after a string of suicide attacks in Casablanca, the journalist risks up to 20 years behind bars.

Moroccan authorities, together with the main political parties and pro-regime media, accuse Anouzla and his website of giving a platform to Al-Qaeda in the Islamic Maghreb.

Anouzla’s supporters insist his article carrying a link to the video, which lashes out at King Mohamed VI and calls for jihad in Morocco, had clearly stated that it amounted to Al-Qaeda “propaganda.”