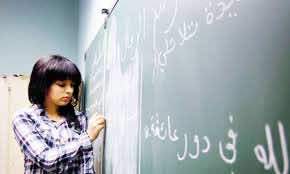 Casablanca- The strategic location of Morocco has meant that throughout history it has been open to a variety of linguistic influences including Greeks, Phoenicians, Arabs and Western Europeans. This has immensely influenced and contributed to the linguistic situation of the indigenous people, resulting in a more complex multilingual country.

It is due to the variety of the languages spoken in the region that Morocco came to be characterized as linguistically complex. Arabic is the official language of the country. It is spoken by about two-thirds of the population. There are also other versions of Arabic including the middle Arabic, the vernacular Arabic and Hassani Arabic. These varieties are widely spoken in different parts of Morocco. Tamazight, which is the language of the indigenous people, consists of three dialects including Tarifit, Tashelhit and Tamazight. It was spoken in the region before the Arabs spread their language and culture. Now, it is spoken by about half of the population.

French is also used alongside Arabic in the majority of the fields. It is a language that appears not only as some remains of the French ruler but also as a kind of opening device to a different world of modernity and technology that represents the western world (Adil Moustaoui, 2006). Spanish is widely spoken in the north of Morocco and in the ex-Spanish colonized Sahara regions and English is increasingly operating in Morocco. It is extensively taught in high schools and universities, something that demonstrates its fast spread. German has started to be heavily involved in the Moroccan educational system as well. Now, it is taught as a foreign language in selected high schools in big cities like Casablanca, Rabat, Marrakesh, Fes and Tangier (Moha Ennaji).

This wide use of all these languages in the region has been because of the constantly changing language policies that have been implemented throughout history. Before the independence of Morocco in 1956, the French colonizer’s policy aimed at making the French language the official language of the country. However, immediately after the independence, the country started the policy of Arabization, whose main aim was the unification and the integration of Moroccan citizens at the level of education, religion and politics. Obviously, this language policy focused only on the promotion of the Arabic language, resulting in the exclusion of Tamazight and other languages.

However, it was only in 2001 that Tamazight was recognized by a Royal Dahir “decree” as a major element of the Moroccan culture, and later in 2011, it was enshrined in the constitution as an official language. Hence, the openness towards languages came to be a new language policy in Morocco that has raised the debates over the linguistic situation therein.

This openness towards languages has recently been stressed in the King’s speech of the 60th Anniversary of Revolution of the King and People. He clearly stated that Moroccans need to be enthusiastically encouraged to learn other languages. It is only by doing this, he said, that Moroccans will have what it takes to be heavily involved in the market.

Going through this, one may reach the conclusion that the linguistic situation can be deemed as richness to the country, yet it is also a source of linguistic problems that are related mainly to education and other fields.

To start with, there is no official status of the languages spoken in the region. It is enshrined in the constitution that Arabic is the official language of the country, but this is far from describing the reality. Yes, it is the official language, but to what extent it is official? Normally, when we say that a language is official, we expect it to be used in different sectors of life, which is not the case in Morocco. That is, French is still dominating the majority of the fields.

Pursuing this further, students constantly face linguistic problems in their education, which hinders their progress. When a pupil starts taking their basic courses, he/she starts learning a language (standard Arabic) that is different from the one spoken at home (Darija). Now, Tamazight is increasingly used in primary school with its three varieties and its unique script. One year or two later, students start learning French. Soon after that, he/she is exposed to English, Spanish or German. After getting baccalaureate, he/she starts to be instructed at the university in French, a language that is different from the language of instruction at high school. It is is believed by many students that this blocks their learning, which sometimes causes these students to switch their branch of study.

In brief, it appears to be that the linguistic situation in Morocco has been moving from richness to chaos in the sense that many inquiries surface whenever the magnitude of this issue comes under investigation. The learning and teaching of Darija has been encouraged the last few years. This has given life to doubt of whether it will be standardized to reach the position to impose itself to acquire an official status. Some linguists went a step further and asked whether Morocco has any official language, in the full meaning of the word…and so on and so forth.