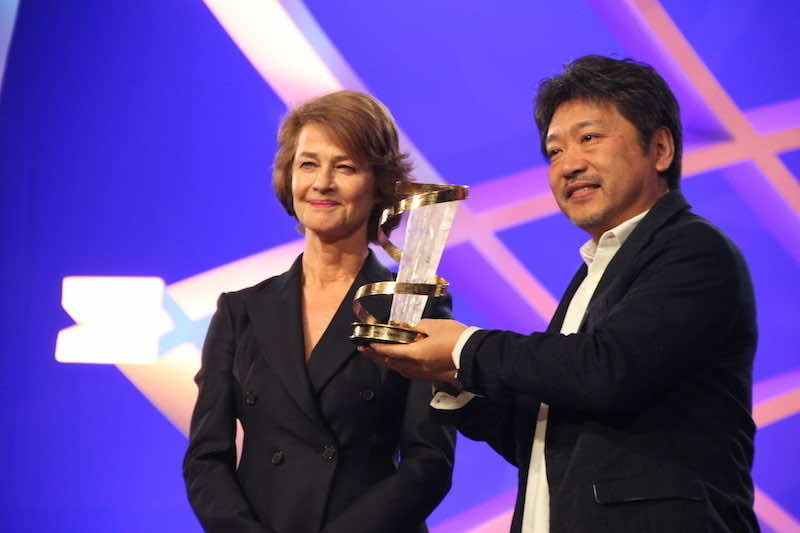 Marakech – The 13th edition of the Marrakech film festival (FIFM) honored on Sunday Japanese movie director Hirokazu Kore-Eda who was awarded the Golden Star for all his career.

After US Hollywood star, Sharon Stone, French actress Juliette Binoche, it was the turn of this star of the Asian cinema to be honored.

Hirokazu Kore-Eda is most reputed for his successful movie “nobody knows” and also by his “like father, like son” that he directed wrote and edited and that earned him the Cannes festival prize.

A moved Kore-Eda, who was given a standing ovation, said in a speech “he is very happy to receive the prestigious trophy”.

Kore-Eda, 50 ans, has started his career as a TV documentary director, before entering the world of cinema in 1955 with several award-winning movies.

The FIFM, held in Marrakech from November 29 through December 7, will also pay tribute to one of Morocco’s most acclaimed actor, Mohamed Khouyi and Argentine passionate director Fernando Solanas.