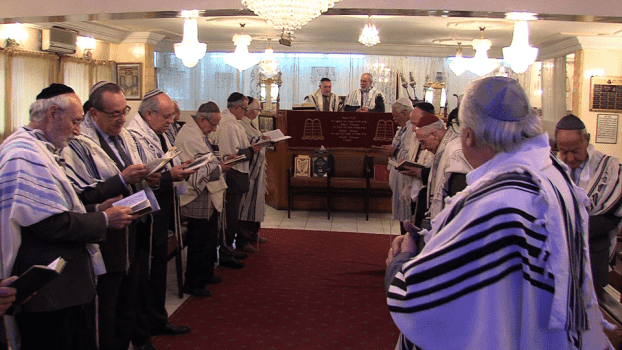 By
Larbi Arbaoui
-
Larbi is a freelance writer and assistant editor at Morocco World News.
Jan 12, 2014
Spread the love

Taroudant, Morocco – In response to the call of King Mohammed VI, commander of the faithful, the Jewish community of the Kingdom performed Saturday morning Salatul-Istisqua (Prayer for Rain) to implore God to shower on them His bounty of rain.

According to a statement from the Council of the Jewish community in Morocco, Moroccan Jews performed prayers in all the synagogues in the country, imploring God to spread bountiful rain on the entire territory of the Kingdom.

“In conformity with the high instructions of HM the King Mohammed VI, commander of the faithful, these prayers will be called for in all the synagogues to implore the Almighty to spread ample rain throughout the territory of the Kingdom,” affirmed the Council in a statement.

In line with the teachings of the prophet Mohamed (PBUH), Muslims all over the country performed the Salatul-Istisqua on Friday morning in different mosques and prayer areas of the Kingdom, in an atmosphere of piety and devotion, begging the Almighty to spread bounteous rain on earth and have mercy on His creatures.

The Prophet (PBUH) made it a custom for the people to invoke this occasional prayer whenever affected by drought and seek the mercy and grace of Allah to send abundant rain.

The agricultural sector in Morocco depends largely on seasonal rain fall. The rain has been late this year, threatening a decline in agricultural production, which would have a detrimental effect on Morocco’s national economy.