Rabat - Here is good news for human rights and women associations, a news that, however, went unreported in Moroccan media. 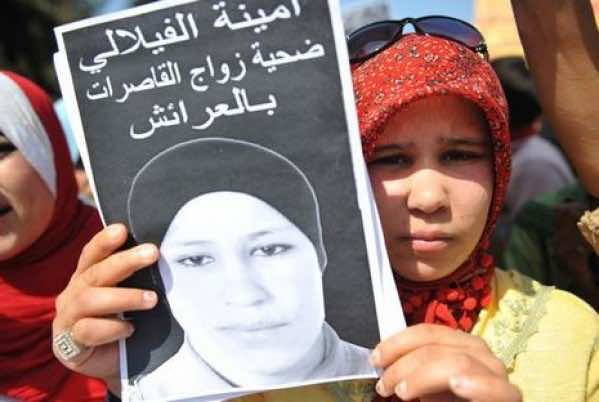 Rabat – Here is good news for human rights and women associations, a news that, however, went unreported in Moroccan media.

The first chamber of the Moroccan parliament has unanimously ratified last week a draft law to amend article 475 of the penal code that allows rapists to avoid prosecution for rape if they marry their victims.

In a phone call with MWN, Abdellatif Ouammou, member of the first chamber of the parliament from the Party of Progress and Socialism (PPS), and author of the amendment, said the “new law will repeal the second paragraph of article 475 of the penal code that permits a rapist to avoid prison and prosecution if he marries either underage or adult victim unless the latter thinks otherwise.”

In accordance with the first paragraph of the amendment, a person who kidnapped or tricked a minor under the age of eighteen without the use of violence or fraud or tried to do so, shall be punished with imprisonment from one year to five years and a fine ranging between two hundred and five hundred dirhams.

Amending article 475 comes following the the controversy spurred by the case of Amina Filali, a 16-year-old who killed herself in March 2012 by ingesting rodent poison after she was forced to marry the man who had raped her.

Morocco’s conservative society has traditionally preferred to permit a rapist to marry his victim to avoid “dishonor and shame.”

Amina’s case spurred women’s rights associations to call on the government to intervene and revoke the rape law, which many think is an infringement of women’s rights.

The newly approved law, which aims at protecting underage girls and intimidate rapists, will add three paragraphs. The news paragraphs will focus on doubling the duration of punishment if the kidnapping of a victim causes a sexual relationship, even with the consent of the minor. The second paragraph relates to the application of the sanctions while the third relates to the situation in which the victim loses her virginity. In this case, the punishment is up to thirty years in prison.