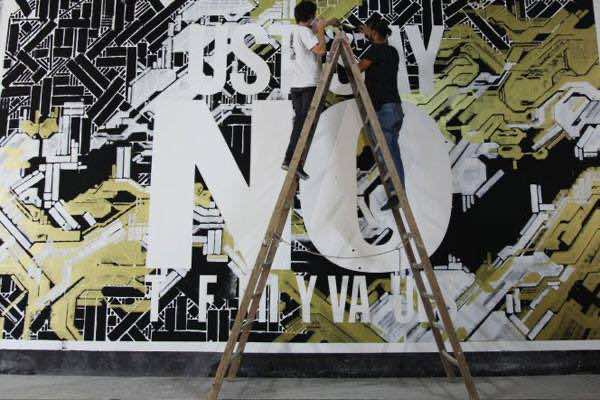 By
Aziz Allilou
-
Aziz Allilou is a student at the Higher Institute of Media and Communications (ISIC) and Morocco World News correspondent in Rabat.
Mar 4, 2014
Spread the love

The most famous international artists in the contemporary graffiti scene, Lek, Sowat and Arnaud Liard, will offer graffiti lovers a live performance in the streets of Marrakesh  near the David Bloch gallery on Rue des Vieux Marrakchis.

Lek and Sowat are French Graffiti artists; both began their work on the streets of Paris, painting creative graffiti on the ground, between subway trains and in factories or unused parking lots. Now, they are considered the best graffiti artists in the world.

According to the Moroccan newspaper L’economiste, each Saturday of the first four weekends a different graffiti artist will paint a work onto one of Marrakesh’s old walls, and on Sunday they will participate in the Sunday Sunset Concerts, painting on the walls of the red room at Café Clock alongside a musical performance.

This series of performances will culminate in a final performance, to take place on the last weekend of the Biennale, during which all four graffiti artists will collaborate on a large mural opposite the Biennale office in Marrakech.