Brussels - The 4th Africa-EU summit opened this Wednesday afternoon in Brussels on the theme "investing in people, for prosperity and peace." 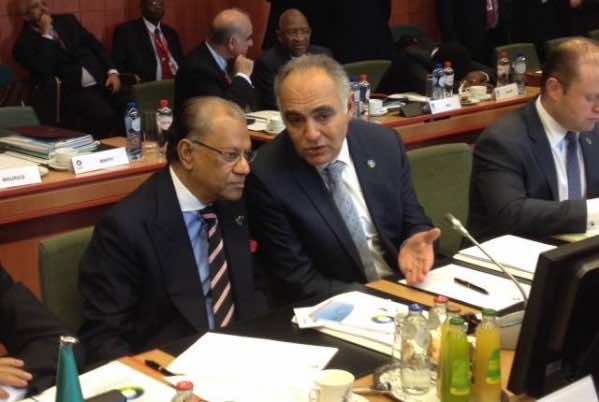 Brussels – The 4th Africa-EU summit opened this Wednesday afternoon in Brussels on the theme “investing in people, for prosperity and peace.”

The Minister of Foreign Affairs and Cooperation, Salaheddine Mezouar, is representing King Mohammed VI in the summit which is taking place in the presence of heads of state and government from several African and European countries, as well as international high-ranking officials.

The summit will take stock of relations between the EU and Africa over the last years and define future cooperation.

The EU-Africa common strategy, developed during the 2nd summit held in Lisbon in 2007, has developed a partnership that goes beyond development to areas and stakes of common interest.

In addition to a political declaration, the summit will adopt a document defining means of cooperation between the EU and Africa for the three coming years.