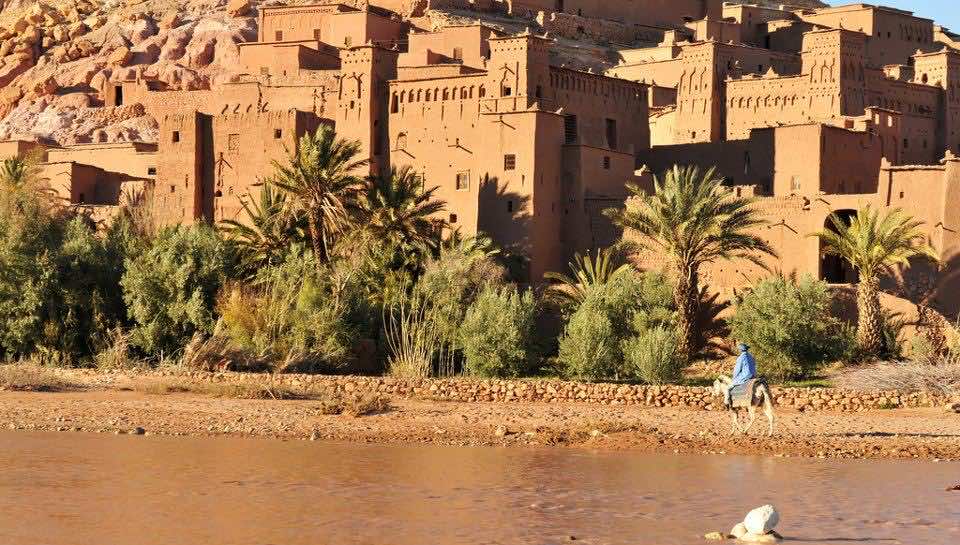 Ouarzazat- Morocco is well known for its diversity in many ways, making it an attractive destination to foreigners who enjoy discovering diverse cultures, climates, geographical landscapes etc.

Apart from the well-known big cities of Morocco, the small cities and oases of south-east region, such as Ouarzazate, Kelaa Megouna, Bomalne Dades, Tinghir, Zagoura and Arfoud are causes for wonder. While these cities have certain commonalities, including culture and dialect of Tamazight language; their landscapes range from mountains to desert. Having written on Boumalne in a previous article, I will address Ouarzazate: the gate to the Sahara and the Holly wood of Africa. 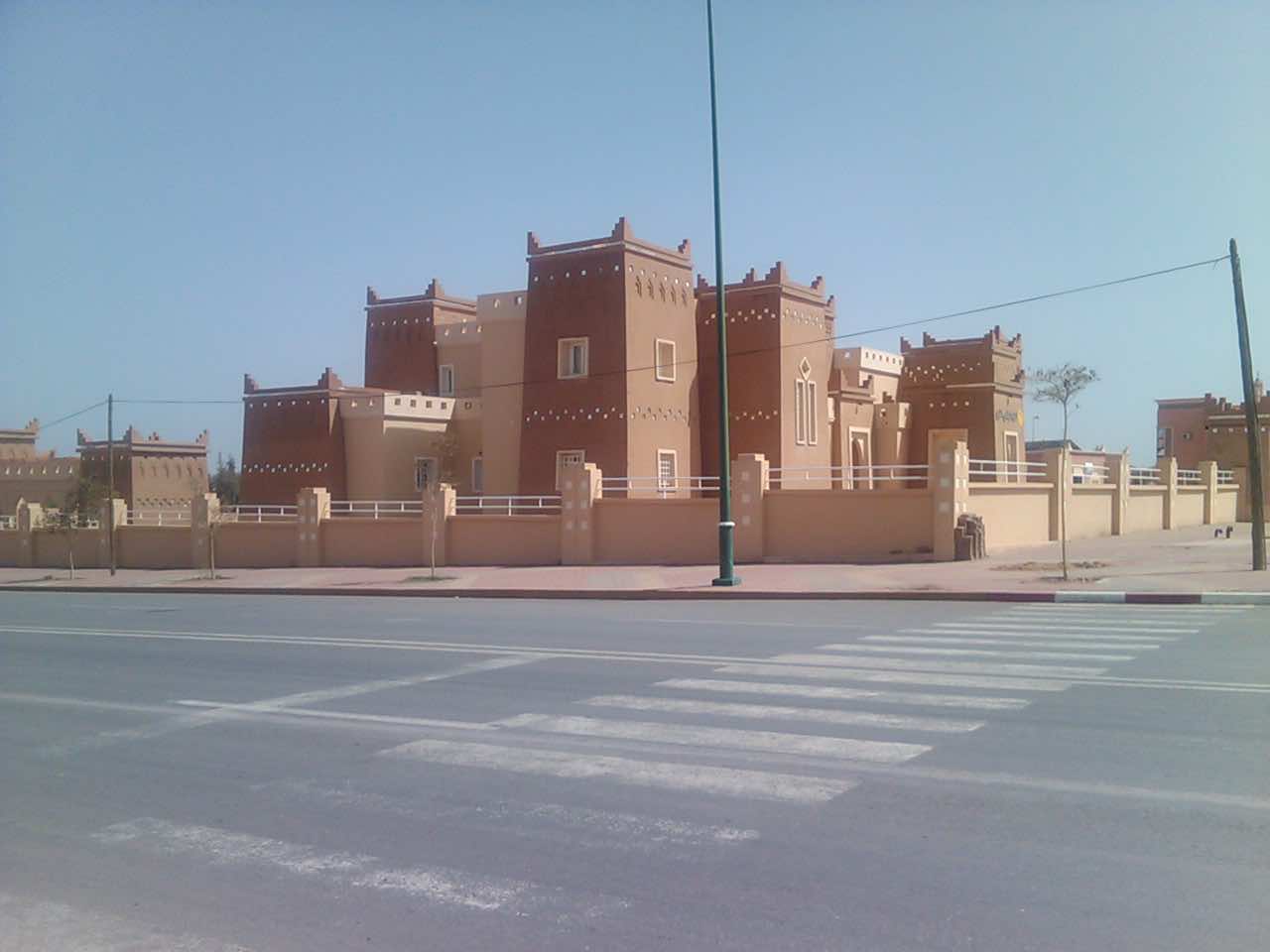 Ouarzazate is the largest city in south east Morocco. Previously, several other cities were its provincial subordinates, now it is known as the Big Ouarzazate. Located 540 kilometers from the capital, Rabat, and 205 kilometers from Marrakech, the region was comprised of about 56.000 habitants (2004 census). Aside from its demographics, Ouarzazate has many fascinating features that are of interest to tourists and aficionados of Morocco including city’s historic and economic composition as well as landmark sites such as cinema studios, Kasbahs and oases.

Etymologically, Ouarzazate is derived from the Amazigh words for ‘without’ (ouar), and ‘noise’ (zazt); essentially meaning a city without noise.

Historically speaking, Ouarzazate is known for its role as a strategic and commercial junction between the south and the north. It is a site where different cultures and peoples meet. Ouarzazate has assumed a crucial strategic position since the French colonization (1956) when French powers chose it as a military base controlling the whole southeast region of Morocco.

Economically, Ouarzazate depends on simple agriculture and tourism. In terms of tourism, many sites including Kasbahs attract tourists thereby contributing to the development of the region’s economy. Interestingly, in the last few decades, Ouarzazate became a center for film production where many famous films such as Gladiator took place. The result of this relatively recent phenomenon is that Ouarzazate has become even more globally recognized and has drawn the attention of investors in tourism and cinema. To encourage and enhance this domain two studios were established for the sake of professional production of films. 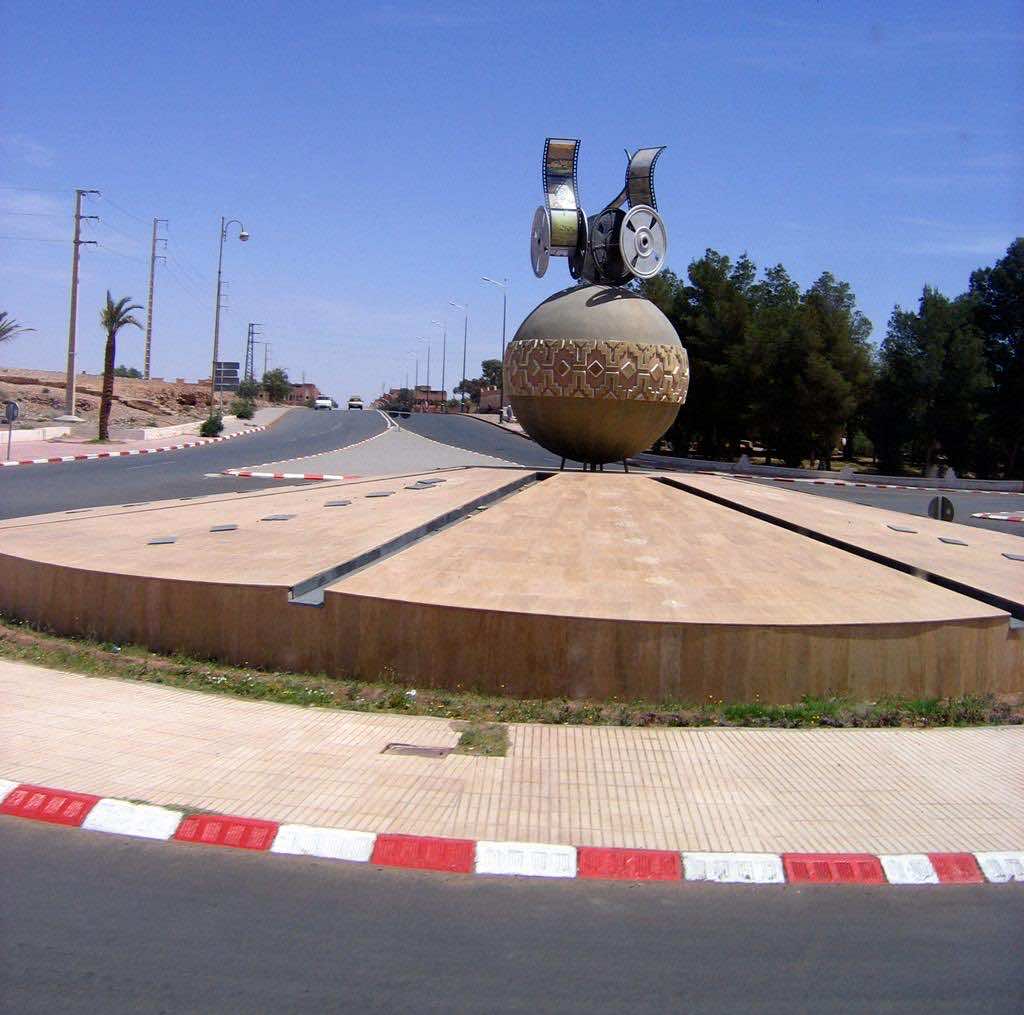 In addition to cinema, Morocco’s ambition is to make Ouarzazate the source of unprecedented solar energy. In 2010, King Mohamed VI launched project NOOR intending to provide Morocco and various adjacent countries with solar energy. This project, in addition to tourism and cinema contributes to Ouarzazate becoming an economic hub in Morocco.

In terms of tourist attractions, Kasbah Taourirt is a main event. It was built in 20th century, and was occupied by Caide Glaoui during the period of French powers in Morocco. It was a symbol of authority and French colonization. Now, it is a favorite tourist site by virtue of its beautiful architecture and significant history.

Besides Kasbah Taourirt, Ksar ait Benhdou “Ait Benhadou Palace” is a popular must-see sight when visiting Ouarzazate. It is situated 30 km away from the center of Ouarzazate, it is a collection of adobe Kasbahs surrounded by a tall fortified wall. It is worth mentioning that Ait Benhdou Palace was considered a world heritage by UNESCO since 1987. Shots of the palace can be viewed in famous films such as Lawrence of Arabia, The Sheltering Sky, The rules of Engagement and the 2000 award winning “Gladiator”. 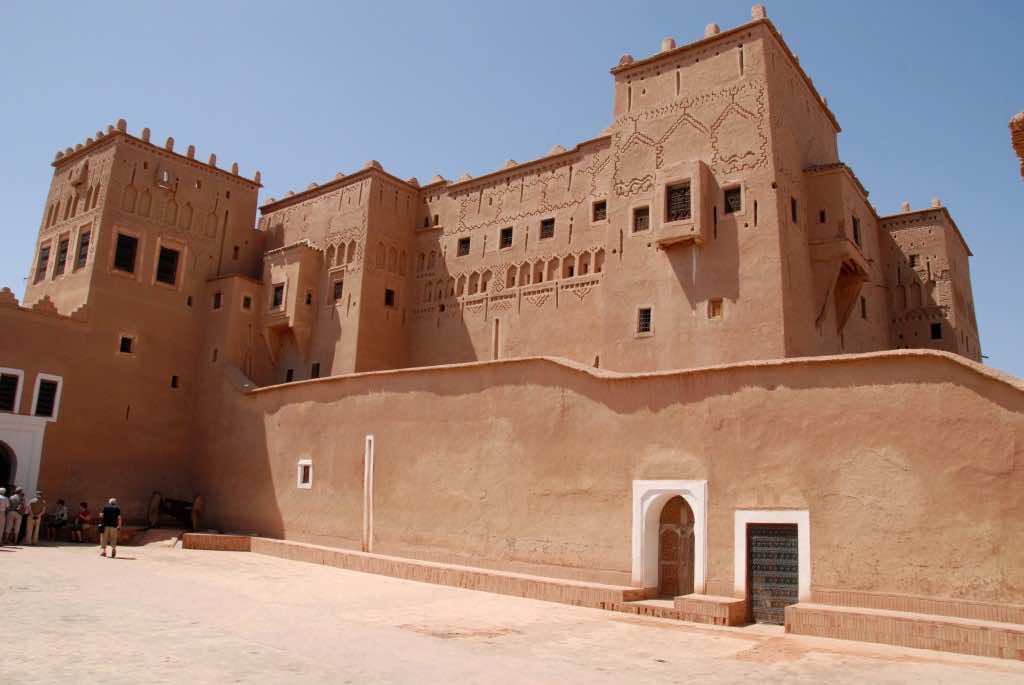 As a result of the growth of cinema in the region, two film studios were founded in Ouarzazate: the CLA and Atlas. The latter, located 5 kilometers (3.1 mi) west of the city of Ouarzazate, is the larger, better equipped and the most important of the two. It was founded in 1983 by entrepreneur Mohamed Belghmi who capitalized on the beauty of Ouarzazate landscapes. This studio is responsible for making the historic city ‘the Hollywood’ of Africa, producing famous films:

The Jewel of the Nile, The Living Daylights, The Mummy, Gladiator, Kingdom of Heaven, Asterix&Obelix: Mission Cleopatra and Babel.

With respect to the culture and traditions, Ouarzazate is a point where different cultures meet; however it is primarily known for its Amazigh customs and traditions. Ahwach is an example of the traditional music that is much appreciated there. To this day, Ahwach is an important feature in the people’s celebrations, especially weddings. 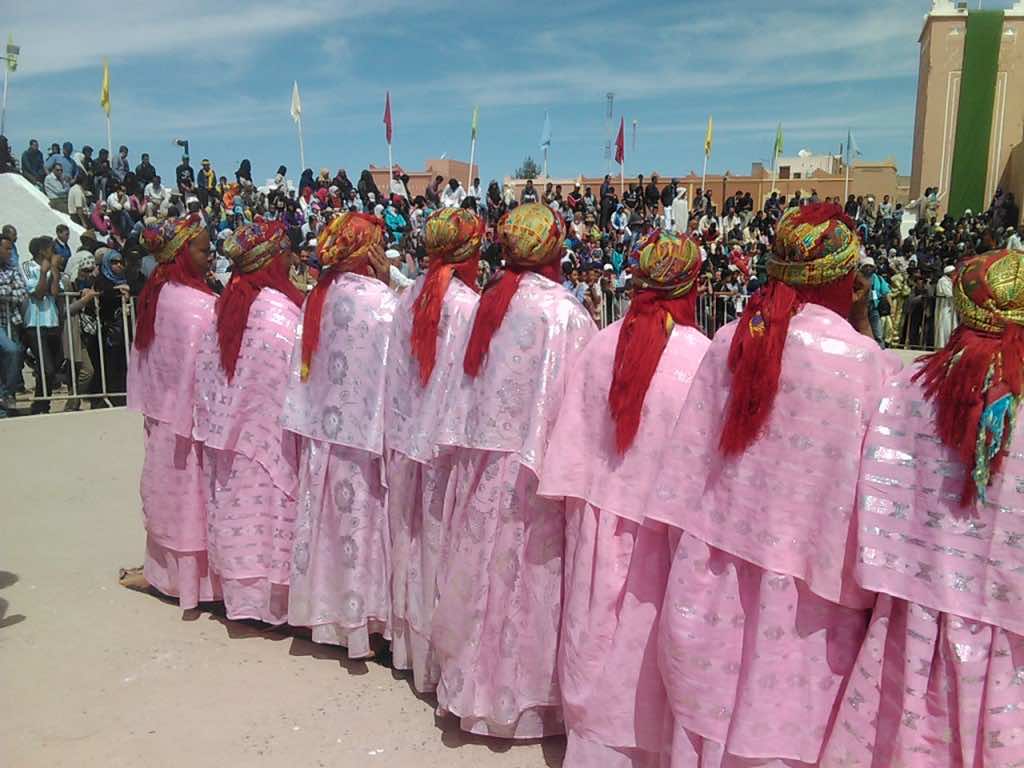 For those who prefer the simple and quiet life, the oases of the city are incredibly welcoming. Among other areas in southeast Morocco, Fint Oasis is the most enchanting oasis in Ouarzazate. It’s shaped by featuring gorgeous palms and simple, traditional buildings; the oases attract people by virtue of their relaxing and clean nature, and are place to go for those who want to discover the beautiful simplicity of lives of the native people. Though Fint Oasis attracts countless tourists of different nationalities annually, many Moroccans are not aware of wonderful places and appealing landscapes Ouarzazate has to offer. 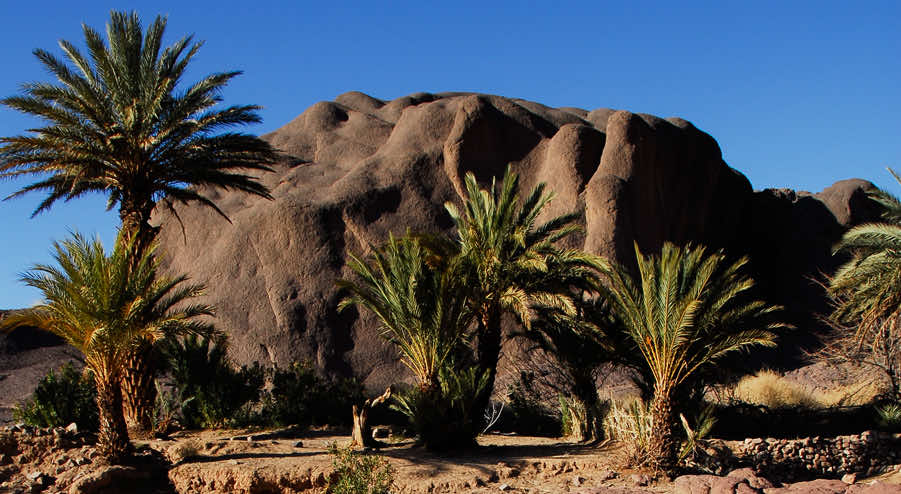 Ouarzazate deserves to be discovered for its marvelous landscapes, studios, oases, Kasbahs, culture, hostels and hospitable people. One can only hope to be able to visit again and again after the first life-changing visit.