Taroudant, Morocco - Sixteen refugees in the camps of Tindouf in the Algerian territories have decided to reside permanently in Morocco after the exchange of family visits that took place April 16, according to le360. 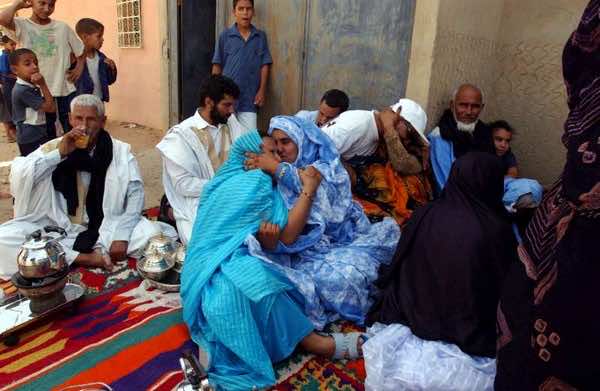 By
Larbi Arbaoui
-
Larbi is a freelance writer and assistant editor at Morocco World News.
Apr 24, 2014
Spread the love

Taroudant, Morocco – Sixteen refugees in the camps of Tindouf in the Algerian territories have decided to reside permanently in Morocco after the exchange of family visits that took place April 16, according to le360.

According to local authorities, as reported by le360, sixteen people have arrived to the Moroccan city of Dakhla, coming from Tindouf in the process of the exchange of family visits supervised by the UN High Commissioner for Refugees (UNHCR) between the Tindouf camps and the southern provinces of the kingdom.

The same source added that members of these families told the press during a meeting held in Dakhla that the decision to come back home was a response to the call of the king “you home country is forgiving, merciful.”

These families confirmed “the huge difference between living in the Tindouf camps, where the population lives under siege, and living in the southern provinces of the kingdom, where people enjoy freedom, democracy, and development.”

Recently, the growing demand for freedom inside the Tindouf camps has manifested in many forms of protest.

Members of the Sahrawi movement “Youth for Change” inside the Tindouf camps managed to break the state of silence imposed on them for almost forty years by the Polisario leadership, encouraging the refugees to fearlessly express their problems to the world.

Last January, a wave of protests broke out in most of the camps in Tindouf, in which young Saharawis demanded the ability to exercise their inalienable rights—namely, the right to freedom of expression and movement and the right to having decent employment.

In December 2013, waves of protests shook the refugee camps charging the Polisario chiefs with the embezzling of fuel destined for the camps.