Washington, DC – The United Nations Security Council (UNSC) decision to extend the mandate of the United Nations Mission for the Referendum in Western Sahara (MINURSO) for a year without UN monitors is a victory for Morocco, albeit temporary one. 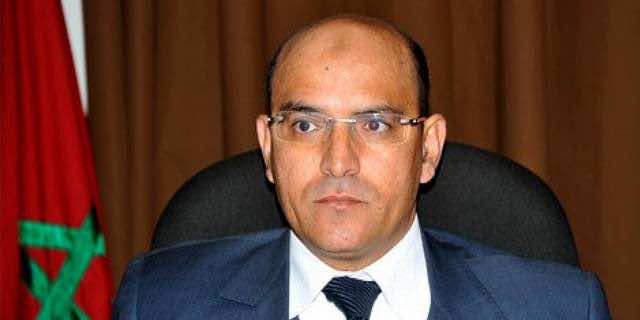 By
Hassan Masiky
-
Hassan Masiky was born in Kenitra, Morocco, and is based in Washington as a blogger and freelance writer.
May 5, 2014
Spread the love

Washington, DC – The United Nations Security Council (UNSC) decision to extend the mandate of the United Nations Mission for the Referendum in Western Sahara (MINURSO) for a year without UN monitors is a victory for Morocco, albeit temporary one.

In a redo of last year’s scenario, the Moroccan diplomacy had to scramble in the eleventh hour to remove a language unfavorable to Rabat.  It took a call from King Mohamed VI to U.N. Secretary-General Ban Ki-moon threatening to end his country’s cooperation with the MINURSO to seal the deal in favor of the Kingdom.

This diplomatic win is not the end of Morocco’s struggle at the UN. In fact, observers and Algerian diplomats expect the UNSC to take up anew the issue of UN human rights monitors in the Western Sahara next year.

Now that the ball is in Morocco’s camp, the public will be watching to see if Moroccan officials would, again, wait until March 2015 to act. In fact, Moroccans are wondering if Morocco’s foreign ministry and the King’s advisers have formulated any definitive plans for a resolution to this conflict that continues to deplete the country’s coffers.

Reviewing a  “little known” event that took place in 1994 may help in yielding a blueprint for  a winning strategy that could help Morocco “manage”  the  issue of “Human Rights in the Western Sahara”. Rabat, in dire need of a solid public relations strategy to counter and mend its bad image among international rights group, must adopt a new approach or face a repeat of this year’s diplomatic predicaments at the UN.

Throughout my tenure at Amnesty International USA (AI) in Washington, I had a front seat to the Moroccan diplomacy’s inadequacies in handling human rights arguments.

In the early nineties and at the height of AI’s campaign to close the Tazmamert secret prison, few officials at the Ministry of Foreign Affairs knew about their government’s positions, policies and strategy with one exception. Mr. Hassan Aourid, who was then an “adviser” at the Moroccan embassy in Washington, had a way of impressing the most vocal anti-Morocco critic.

I was surprised and intrigued to hear from several AI representative that Mr. Aourid was able to articulate his country’s plans and strategies to deal with the dozen of political prisoners whom AI adopted, including the Bourequat brothers and the late Driss Benzekri.

Hassan Aourid, who went on to become the first Palace Spokesman, a Governor, and the Kingdom’s historian under his classmate King Mohamed VI, was a simple political officer at the Washington Embassy. Ironically his friendship and connection to the future King was a hurdle that he had to surmount in order to do his job.

During his stay in Washington, Mr. Aourid influenced several key rights organizations and opened a dialogue with their officers and members. He mastered the English language and used the human rights organization “jargon” when he met representatives.

Aourid eventually left Washington under “ambiguous” circumstances. Rumors has it that he departed after embassy employees close to the powerful then-minister of Interior Driss Bassri were “too edgy” to work with him.

Since Hassan left the embassy and Ambassador Mohamed Benaissa took over in Washington (1993-1999), Morocco’s image and message regressed within the human rights community in the USA, never to recover.

Aourid success was due to his intellect as much as to his preparedness for the Washington posting. There are young Moroccan men and women as bright who could be easily groomed for targeted positions in key capitals. The lack of human resource management at the foreign ministry is hurting national interests.

In recent years, the Moroccan government has spent millions of dollars on lobbying to improve its image in the USA. Judging from the American administration pro-Morocco positions, it is safe to say that these efforts paid off in winning the hearts of American politicians. The same can’t be said about international human rights organizations.

The problem is that even tough Washington support Rabat plan for the Sahara, Morocco’s viewpoints are slipping and weakening among influential NGOs.

Aourid’ s  stay in the United States prove that smart, educated and energetic diplomats do make a difference if given a chance, time and encouragement.

Aourid may had the cover of Prince and future King Mohammed VI to do his work as he pleased , yet, a young smart Moroccan diplomat from modest  backgrounds  could achieve the same if conditions for success were ripe at  embassies around the world.

Morocco’s lobbying efforts, besides spending valuable funds, reinforce the image of a powerful nation going after the poor Sahrawi refugees.  The Kingdom should invest in the young diplomats to do the groundwork instead of chasing hired guns to lobby.

Contrary to conventional wisdom, outreach efforts to internationally renowned and fiercely independent organizations like Amnesty International and Human Rights Watch pay diplomatic dividends on the international scene and give Morocco’s efforts to elucidate and publicize its improving rights records credibility and standing.

Aourid was able to reach a group of activists that his government has been unsuccessful in wooing. Today, human rights organizations are leading the anti-Morocco campaign in the Western Sahara, largely due to their misunderstanding of Rabat positions.

The Moroccan public has been critical of their diplomats’ lack of a strategic plan to resolve the Sahara dossier. Rabat’ piecemeal approach and reactionary tactics have not worked and yet continue to be the norm.

Moroccan officials must turn human rights advocacy organizations calls for the MINURSO to monitor and inform on human rights “abuses” in the territory to their advantage. They have to change the world community’s attitude of linking “rights violations in the Western Sahara” to Rabat handling of Sahrawis in the Southern Provinces. The emphasis should be put on Algeria’s inhumane treatment of civilians in the Tindouf Camps.