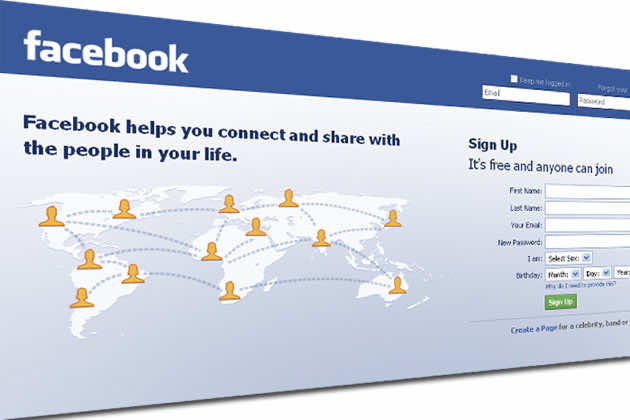 This paper (in three series) argues that meaning and values in contemporary society can be best apprehended and constructed through everyday life interactions enabled by the social networking services like Facebook.

Far from being the realm of the trivial and the habitual, everyday life, as portrayed through the social networking sites, is an ongoing lived and shared experience through which the self can attribute meaning and values to its life and surroundings. The interaction of the self with the other provides a surplus of vision that makes it possible to actively construct the practical meaning of the social life and its values, as opposed to the meaning and values brought to our life from external value spheres like religion and philosophy.

Drawing on the works of Bakhtin on the prosaic and the carnivalesque and the works of some sociologists on the intrinsic value of everyday life, this analysis examines how meaning and values are actively shared, contested, negotiated and constructed through the use of different comic forms of dissent and criticism on the Facebook. The intermedial character of the representations (posted as status updating) not only adds effect to the use of the comic, irony, wit, humor and parody but becomes, as it were, a condition sin qua non of the production of the carnivalesque laughter and the expression of the prosaic imagination on the social networking sites. These sites have become the privileged space, albeit considered “virtual”, for the practical spontaneous being and the construction of a new form of philosophy, no less reflexive, to use sociological terminology, than the theoretical idealist form of thought.

Before we can analyze the different ways Facebook users produce comic status updates that are critical of the social and political reality, we need to redefine certain concepts related to the everyday and the prosaic. This redefinition aims to bring to light a counter-tradition that has emerged in the Anglo-American culture, established by cultural studies, feminism, media studies and postmodernism, and which stresses the “quotidian and non-formalized aspects of social interaction” (Gardiner, 3).

Mainstream interpretive approaches view the everyday as the realm of the ordinary and the banal that is almost never defined, nor examined systematically. This perspective has periodically marked the history of Western (as well as Islamic) thought. The bodily lived experience has always been rejected as a form of structured and organized knowledge. From Aristotelian poetics to Saussurian structuralism, knowledge has been organized in theoretical centripetal constructions that smother the “concrete particularity of everyday life” (Gardiner, 60), unify the social world by suppressing its constitutive differences and contradictions, and create a unified form of language – made basically from the language of the educated elite – that has the status of official language. This has created a hierarchy between the official language and other speech types found in the marketplace, the public square and in the street which are considered to be low and illegitimate.

The Books of Bakhtin on the folk-festive culture of the people and the postmodern tendency to undermine the distinction between high and popular culture, have highlighted the intrinsic value of the everyday whose banality turns out to be, to cite Maurice Blanchot, ” what is most important, if it brings us back to existence in its very spontaneity and as it is lived” (Cited in Gardiner, 1). The spontaneous escapes form and structure and reflects, thus, the social life in movement, hence the value of the everyday in sociology, cultural studies and postmodernist theories. In effect, the everyday is a decentered space that defies reductionist totalization, where differences and contradictions are allowed to exist, and meaning and values emerge organically out of the lived experience.

The everyday is a contingent world where people interpret the reality and create meaning in terms of and with reference to the values they hold. These values are created or adopted in response to the demands of this contingent world and have, as it were, crucial survival significance. This means that the values a person or a group of people hold are compatible with their beliefs, desirable goals and interests. Therefore, values are not merely cultural ideals that people use as transcendent guiding principles but they reflect, actually, individual or collective contingent interests. When people act in pursuit of any values, they involve themselves in an ethical relation to the other. The process of value-creation can’t be accomplished, then, outside the contraposition of self and other.

2– The Prosaic Imagination, Intersubjectivity and Dialogism

Bakhtin has insisted on the rich and irrepressible potentials of prosaic human experience where the self is an embodied, dynamic and creative entity that strives to create meaning and value in a shared world where the other provides an external additional perspective that Bakhtin calls the “surplus of seeing” (or vision) or else the ” borrowed axiological light of otherness” (Bakhtin, 1990, 134). From this perspective, the self is profoundly social and intersubjective and its words, with the meaning and values they articulate, are locked in an intense relationship with the words of the other. The dialogic living word, “by its nature wants to be heard and answered” (Bakhtin, 1984, 300) and it is the flow of the intersubjective living words that expresses the shades of meaning within everyday life. Dialogism rejects the imposition of theoretical abstract schemas on the concrete sociohistorical world and it is, to cite Rick Bowers, “a refusal of closure, a celebration of difference, an insistence of socially-inscribed discourse” (Bowers, 1994, 569).

What I am trying to highlight here is that the everyday should make a good starting-point for any inquiry that aims to probe into the real meaning and values of the concrete socio-historical world. One reason for this is that the everyday represents the lived immediate experience expressed through a language that holds the trace of the flesh-and-blood personality, or what Roland Barthes calls “the grain of the voice” (Barthes, 179). Another reason is that it is dialogic in that it gives voice to what is usually suppressed by what Michel Foucault has described as the disciplining of the lifeworld through the technologies of social control: the different, the prosaic, the heterogeneous, the bodily. Besides, the everyday life incorporates “a form of depth reflexivity” (Gardiner, 6), whereby people develop an insider knowledge or a heightened understanding of their circumstances that can be used to alter repressive social and political conditions.

People enjoy using Facebook because of the wide range of creative communicative practices it can afford to represent their lives. According to the statistics (2009-2010) reported in Carmen K. L. Lee’s article on status updates on Facebook (Thurlow, 117), in 28% of the status updates, participants talked about their day-to-day activities, and in 25% the participants revealed beliefs about themselves and others. This shows that Facebook communication is basically centered on everyday concerns and on the informal expression of attitudes, opinions and judgments. After the Facebook prompt has been changed from “What are you doing now?” to “What’s on your mind?”, Facebook users have gradually shown keen interest in the expression of opinions and attitudes towards everyday matters.

In addition, people have grown into the habit of forming groups or social networks that are as important as those formed outside the internet. What is striking about these groups is the fact that they develop a certain type of social order based on the everyday interactions of their members; this social order looks like the one described by the French sociologist Michel Maffesoli as “Sociality” (Maffesoli, 1996), which is the product of the social interactions of everyday life, as opposed to the “social” which is an economic and political order imposed from above. People join each other in groups to survive the collapse of the “social” and manage their own “sociality” until a new system is put in place. What has happened for the last five or six years in the Arab world is a case in point of the emergence of “sociality” and the parallel emergence of what Maffesoli calls neo-tribalism, which refers to these new interest-based collectivities or enthusiasts of various sorts. It is worth noting that these groups can become more committed to political change and redemption, and form thus a parallel order that challenges the existing political order. This shift from interest-based group behavior to a more social and political activism took place during the 2011 uprising in the Arab world.

The importance we place here on the everyday life as portrayed through the interactions on Facebook will be highlighted through the analysis of the status updates we have collected for this purpose. This analysis will focus mostly on the comic modes of criticism susceptible of producing different forms of laughter, from the carnivalesque and the universal to the reduced. What makes this laughter different from the Bakhtinian type is its intermedial and multi-modal character. The status updates studied in this paper combine at least two media (verbal (text)/ visual (image)), which makes them overtly intermedial. Nevertheless, there is no dominance of one medium over the other as the integration is so complete that the comic effect disappears once one medium is left out. The visual and the verbal are complementary, which makes intermediality a condition sin qua non for the production of both the comic and the critical effects of the status updates.

To be Continued … To Read Part II