Casablanca - The ongoing question in Europe on whether or not the wearing of a burka or niqab should be accepted has started to receive long-term answers. 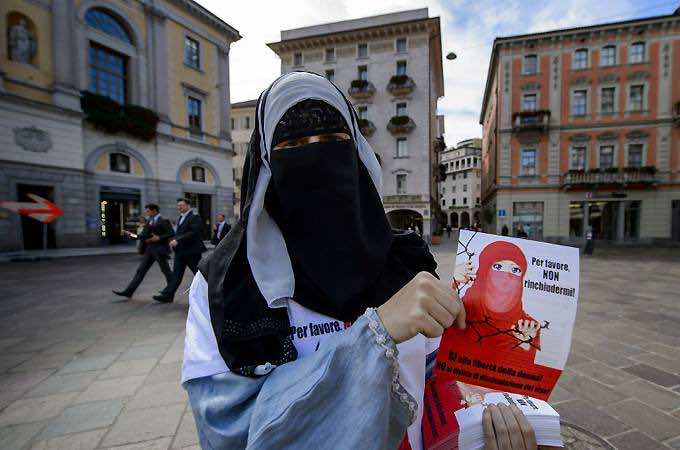 Casablanca – The ongoing question in Europe on whether or not the wearing of a burka or niqab should be accepted has started to receive long-term answers.

The concern of taking away a women’s religious freedom has been swept aside for female equality and the fear of possible terrosim. Many politicians have demanded a ban of the veil that covers the face apart from the eyes. The ban is not to be seen as weapon of discrimination; rather, it aims to give the women a chance to assimilate into the culture of their host country and respect its public policies.

As a matter of fact, The European Court of Human Rights (ECHR) has recently approved the ban on the full-body veil that was enacted in France three years ago. France is known to have the largest Muslim minority in Europe, with about five million inhabitants practicing the religion. Under the supervision of ex-President Nicolar Sarkozy, the ban took effect on 11 April 2011. For this reason, no woman, either French or foreign, has been seen with a burqa since the new law has been enacted.

In most cases, the majority of the Muslim female community gave in and switched to the typical head-scarf; however, some of them have stood up for their beliefs and paid fines for violating the burqa ban.

In June of 2011, Belgium introduced the ban of any clothing that obscures the identity of the wearer in public localities.

Spain has not enacted a national ban, yet the city of Barcelona and two smaller towns in Catalonia impose bans.

Britain is open-minded with regard to veils, since they do not posses a law to restrict them; but it is up to the schools and workplaces whether or not they want to follow a dress code.

The Netherlands has attempted to impose a ban, but failed many times due to lack of strategy and the fear of violating civil rights. Either way, only around 300 women are expected to wear a niqab or burqa in the country.

Italy went a step further from France and even displayed signs in several towns, which serve as a reminder to the local bans of the burqa and the niqab.

In 2008, Denmark banned all sorts of religious symbols—such as the veil, turbans, and Jewish skull caps—in public institutions.

Turkey has banned the head-scarf in official buildings, but the issue is deeply two-sided, since the country’s population is predominantly Muslim.  The wife and daughters of Turkey’s prime minister and president, for instance, cover their hair with a scarf.

The situation in Germany is not as intense, since there is no national restricition of the burqa or niqab. However, many Germans find it challenging to accept an image of a woman hidden completely under a large piece of cloth. Women with a simple head-scarf, on the other hand, are allowed to teach at schools and are respected by most people.

Russia is less tolerant and announced a ban of veils in 2013. The authorities believe that the dress code of Muslim women is a violation of Russian law.

Switzerland joined  its neighboring countries to agree on the law enforcement against the veil, since it made the majority of its citizens feel uncomfortable.

In light of the fact that the traditional Islamic veil is acceptable in most Europan countries, the bans of the burka or niqab are not that disastrous. Because of this, authorities believe that it is only for the good, in order to live peacefully and with no misunderstandings in a community full of diversity.