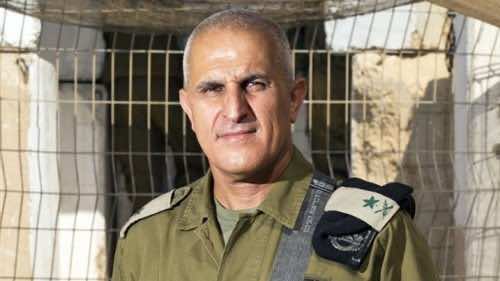 Rabat – According to Alahram Al-Arabi Magazine, the commander of the Israeli attack on Gaza, Sami Turdjeman, is of Moroccan origin.

Turdjeman leads of the so-called ‘Southern Command’ of the Israeli Defense Force. He was appointed successor of Rousseau, who spent 20 years in the position.

Sami Turdjeman bears the full responsibility for the recent Israeli attacks on Gaza after being appointed leader of the most influential military zone in Israel.

The aforementioned commander was born in Marrakech, and speaks fluent Arabic. He was the commander of the armored forces before taking a new job as a member of the operating room in the Second Lebanon War in 2006.

Major General Tordjman served as commander of the ground forces and is currently the Southern Commander of the Israeli army. After serving in the Operation division, Samy was also the commander of the Armored Division that works in the north of occupied Palestine.

Sami Turdjeman emigrated with his family to Palestine in 1965 when he was 6 months old, and received his bachelor’s degree in Mechanical engineering after a military service in the institute Ilan. He has a master’s degree in business administration from the University of Tel- Aviv.