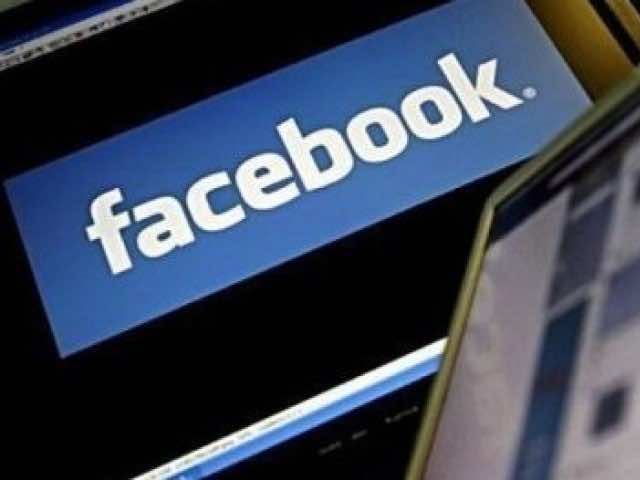 Laughter comes from surprise or from the recognition of an incongruity. Schopenhauer argues that “the phenomenon of laughter always signifies the sudden apprehension of an incongruity between (such) a concept and the real object thought through it, and hence between what is abstract and perceptive” (Schopenhauer, 91). Similarly and within the same perspective, Kant contends that “laughter is an all action arising from a strained expectation being suddenly reduced to nothing” (Kant, 201).The violation of the reader’s expectations causes a surprise, susceptible of producing laughter. These expectations are stereotypical cultural constructs that are transformed into thinking habits and reflexes. Comedians and humorists generate an effect of surprise by pretending to refer to what people generally think about in a particular context and reduce these expectations to nothing, making people release previously existing static energy in the form of laughter.

We have studied a large number of posts that are funny, comic or humorous, but we have selected the ones that are most representative of both the themes and the comic modes of the social and political critique.

The approach to irony is eclectic and uses both the pretense theory and the mention theory in terms of the visual and verbal construction of the irony in question. The examples presented in this paper are examples of instrumental irony in which the ironist attacks a target and serves thus a satirical purpose, bringing to light the abuses and excesses of the social, economic and political system.

Example (2) Image: Sheik (preacher) sitting in his Hummer (luxury car). (picture deleted). [The Sheik (……) is giving you the keys of paradise while keeping the keys of the Hummer for himself.]

In both examples (1) and (2), the irony is an echoic mention of a preceding utterance or a popular belief or thought (see Wilson, 306-308). The interpretation of irony depends here on the double recognition of the preceding utterance ( the government is implementing the new constitution (1) / Sheik Hassan helps people to have a good faith in God (2)) and the attitude of the ironist which is one of mockery and disapproval. In (1) the ironist is implying that the implementation of the new constitution is problematic or doubtful. He actually dissociates himself from the content of the utterance because he thinks it is false. There is a clear incongruity between the constitution and the context of its implementation (the woman and the shoe polisher). In (2) the utterance is ironical in that it mentions a belief among religious people that listening to Hassan’s preaching can enhance their faith and make them good Muslims. The contrast that the ironist makes between the paradise for the people/ the Hummer for the preacher shows that he dissociates himself completely from the extravagance of the preacher and casts doubt on his preaching. In (3), it is clear that the ironist does not mean exactly what the utterance says literally and that a semantic substitution mechanism should take place, replacing the literal (exporting patience) with a figurative meaning (extreme poverty in Morocco). The irony provides here a critical surplus of vision – voiced in the most spontaneous everyday language- to the policy of the government and the manipulative behavior of some religious fundamentalists.

Humor implies an incongruity between tone and objective. It describes the real in a meticulous way, pretending that this is how things should be (Bergson, 97). Wit is a play with/of ideas, the combination of two contradictory representations that leads to the discovery of a hidden meaning. It partakes with dreams their characteristics of condensation and displacement (Freud, 20-32)). Of course there are other definitions but we have chosen these for practical reasons.

In example (4), the post is describing what is actually happening: in search of better economic conditions, illegal immigrants to Europe get drowned in the Mediterranean. The aim is two-fold: to describe and to make a judgment. If these people die at sea, it’s because of the government’s economic policies. In (5), the husband’s response to his wife’s reproachful comment is witty by its use of a roundabout way to reveal a hidden fact to his wife, to avoid the embarrassment of looking bad and to save his face, that the hero is doing a paid-for job. 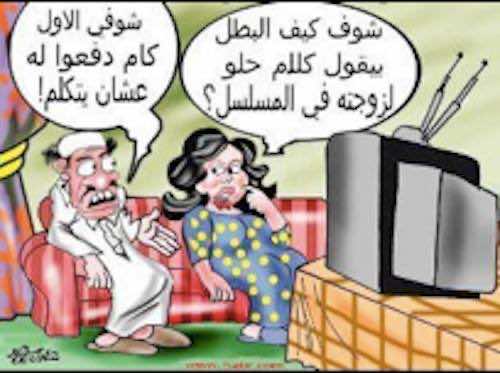 Caption (1): The words the hero uses to talk to his wife are so romantic. Caption (2): You have to know first how much money they have given him to do that.

Parody is a humorous or satirical imitation of an original text, a genre or a discourse. The aim of parody is to create a critical mocking distance vis-à-vis the hypotext by modifying its style or subject. The target of the mockery can be the text itself, its author or other.

The three examples are parodies of three types of discourses and their conventions. In (6) the post is parodying the call for economic boycott of some countries or multinationals. What is held up to ridicule is the discourse itself. The comic surprise reduces the negativity of the criticism for those who frequently use this type of discourse. In contrast, the parody in (8) is more satirical and the mockery is directed   at the quasi-religious discourse of calling other Facebook users to share and post some religious messages (koranic verses/ information about scientific miracles and the like) and at those who get involved in spreading this type of messages. What seems to be reprehensible is the alleged implication of Satan. In (7), what is parodied is the type of questions used in TV contests to encourage viewers to send more messages and spend more money. The aim is to trivialize these types of questions and put into question the utility of these contests for TV viewers.

According to Bergson, the comic, and the laughter it produces, appeals to intelligence and requires a detached attitude (Bergson, 4). Bergson argues that three devices are used to write comedy: repetition, inversion and reciprocal interference of series; however, we need to use other analytical devices to bring to light the comic structure and effect of the selected posts. As images require a different approach, we need to focus more on the use of exaggeration, deformation, inversion, pun, incongruity and other comic, farcical and carnivalesque means of laughter. 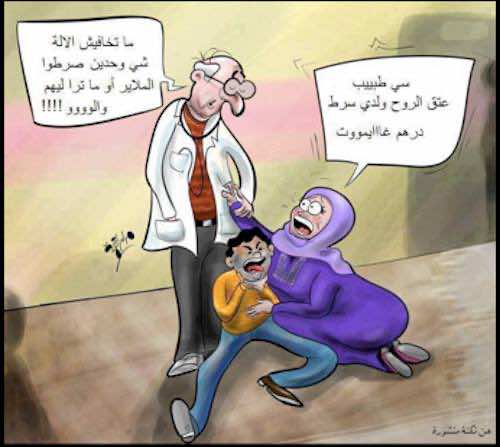 In (9), the comic is interculturally charged. The comparison between the two educational and evaluation systems generates laughter as the reality represented by the image is exaggerated in the eyes of Moroccan students and has thus an effect of surprise. In (10).the islamization of society is pushed to the limits of the absurd. The Facebook user who posted this update is an islamophobe who exhibits a prejudice against the implementation of a certain form or interpretation of Islam in some Islamic countries by fundamentalists. In (11), the literal interpretation of the hadith (the saying of the prophet) is comic insofar as the three sports are taught at the same time. The farcical reference to hadith is arbitrary and is in fact imposed on the image to serve a comic but sarcastic purpose. The butts of this farcical laughter are, actually, those who stick to the literal meaning of the religious texts. In the last post, the answer of the doctor uses a different meaning of the verb “swallow”, different from the one used by the woman to mean that the coin has moved from mouth to stomach. Swallowing billions of dirhams turns out to be harmless as the thieves are still free. The doctor uses a pun to express a political attitude against corruption.

Since March 2009 and in response to the new Facebook prompt “what’s on your mind?”, the Facebook users have updated their status differently, by expressing their deep concern with the political, social and economic situation of their country. This wasn’t the case two or three years ago when the prompt was “what are you doing now?”. The Facebook users were, then, a bit indifferent to their surrounding and formed closed localized networks of sociality for the purpose of surviving the collapse of the economic and political system. With the Arab Spring uprising, the social interactions of the everyday have changed in nature and focused more on the political, economic and social system. The localized networks or the neo-tribes have become more concerned with political change. The everyday updates and interactions still reflect the lived spontaneous experience but tend to be more concerned with political issues, particularly with the possible future effects of the political change on their lives. What has made the interactions significantly revelative of the real social and political relations is their highly polyphonic and dialogic language that is free from censorship and disciplining structures or rules. Every update is reinforced, corrected, criticized or enriched by the surplus of vision that the free presence of the other provide almost endlessly.

The examples cited above show that the prosaic imagination that has been long ignored and underestimated can produce a form of spontaneous amorphous knowledge of reality that can be the starting point of any sociological inquiry or analysis of the real. The freedom of expression enabled by Facebook, especially by the possibility of disguise through the use of a screen name, has transformed the electronic space into a real public square for a continuous carnival where everything is permitted. This prosaic free space of social interactions has become, in effect, a space where power relations are visible and where resistance to power tries to emerge unchecked and makes itself heard, seriously defying, at times, political power-holders.

Nevertheless, the politicization of the sociality as an alternative system has given rise to a certain form of ideological polarization, with liberal and secularist movements at one pole and the islamist at the other. The selected posts generally reflect this polarization. The islamist ideology is the privileged target of criticism, especially after the islamists have gained political power in Morocco.

Liberals and laics often exhibit their fear of islamization and hold up to ridicule the islamists’ absence of critical mind, their bigotry, their formal religiosity and their double-standard behavior, and the status of women in the islamist ideology. On the other hand, Islamists, especially those who are not in power, focus more on the corruption of the political system, poverty, economic problems, and on ethical issues. What is worth noting here is that Islamists’ critical discourse uses less comic, humor, irony, sarcasm and tend to look more serious. In contrast, the anti-islamist posts are more comic, sarcastic and ironic.

When the prosaic imagination manifests itself as it happens on Facebook, it crystallizes the conflicts at work in reality and brings to light the value priorities of the community at a certain time of its history. The selected posts show that, generally, the values of tradition, security, conformity and power are seriously challenged by the values of innovation, risk-taking, universalism, and freedom.

Though the exchange of opinions and ideas on Facebook can’t be regarded as a philosophical practice, it can be seen, at least and for good reasons, as the basic knowledge for any realistic form of philosophy that captures the meaning of life in its fluid form and makes visible the real power relations in the social system. The worth of this basic prosaic knowledge lies in its ability to escape reductive structures and ideological formulation, and in its tendency to transform banality and superficiality into deep understanding of social life and its inherent paradoxes.

To Read Part I

– Bowers Rick., “Bakhtin, Self and Other: Neohumanism and Communicative Multiplicity”, Canadian Review of Comparative Literature,1994, 21, 4: 565-575.

– Schopenhauer Arthur, The World as Will and Representation, Vol. 2.