Fez - The distribution of wealth is one of the most debated issues nowadays. For some, inequality would never cease growing in an increasingly unjust world. For others, there would be a natural reduction of feuds in future. 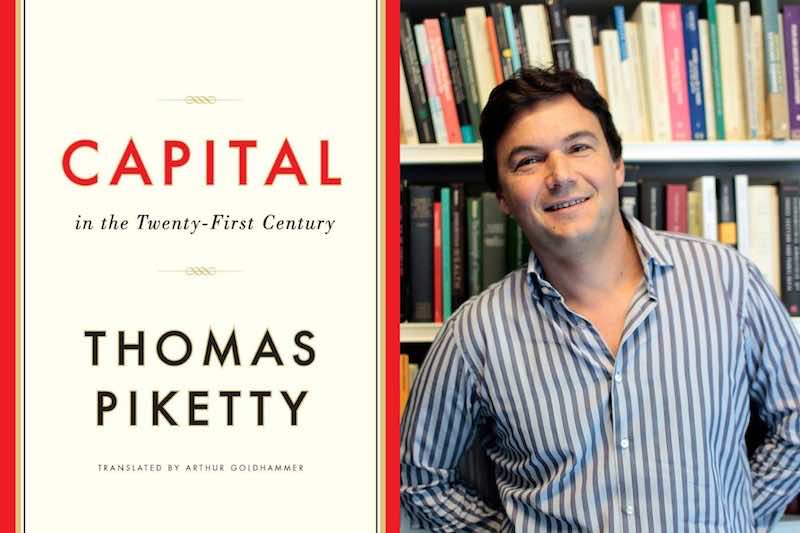 Fez – The distribution of wealth is one of the most debated issues nowadays. For some, inequality would never cease growing in an increasingly unjust world. For others, there would be a natural reduction of feuds in future.

Yet the appropriate question to be raised is what do we really know about the evolution of inequality in the long run? In reality, the economic analyses more often enlighten us based on theoretical speculation than on facts.

“Capital in the twenty first century” is a study which is the result of fifteen years of research. It is notably the most ambitious study ever undertaken on this issue, basing arguments on a much larger historical and comparative database than any previous work. Traveling three centuries and more than twenty countries, it completely renews our understanding of the dynamics of capitalism by placing its fundamental contradiction in the relationship between economic growth and capital income.

At the moment, hunting the highest salaries and even more structuralizing the extreme concentration of inheritance threaten the values of meritocracy and social justice in democratic societies. Picketty drew on the experience of past centuries’ lessons for the sake of the future, this book shows that there are ways to reverse this trend.

Of course, there is this criticism of the Wall Street Journal published Monday, 21st April 2014, which recommends Thomas Piketty to re-read “Animal Farm” by George Orwell (1945) and “Darkness at Noon” by Arthur Koestler (1940). The book of the French economist, Capital in the twenty-first century, is a threat to democracy as the Bible of financial markets sees it. Of course, there is also the National Review that speaks about “new Marxism” in “Capital in the twenty –first century”. But apart from these few dissonant notes, the 900 pages of Thomas Picketty about the flagrant rise of inequality have been receiving a chorus of praise. It has recently made the top of Amazon’s and the New York Times bestseller lists too.

Paul Krugman, 2008 Nobel Prize in economics, was the first to open the door to compliments saying: “Piketty has transformed our economic discourse. We no more talk about wealth and inequality in the same way, describing the book as “the most important of the year – and perhaps of the decade.” Received at the White house and the International Monetary Fund (IMF), Mr. Piketty chained a series of conferences to give talks about his book.

“In ‘Capital in the Twenty-First Century,’ Thomas Piketty analyzes a unique collection of data from twenty countries, ranging as far back as the eighteenth century, to uncover key economic and social patterns. His findings will transform debate and set the agenda for the next generation of thought about wealth and inequality…The main driver of inequality–the tendency of returns on capital to exceed the rate of economic growth–today threatens to generate extreme inequalities that stir discontent and undermine democratic values.”

His previous work was notably interesting for years, from his scholarly publications to his columns in ‘Libération’ to his tax policy book “Pour une révolution fiscale” focused on income, now his book is all about wealth and how in economic policy we need to distinguish between flows and stocks.

Instead of taxing flows of money, stocks of money should be taxed, i.e. things like capital, land and assets. An innovative economy depends on capital chasing higher rates of return, which entails committing itself to more risk as well. A tax on capital is really a tax on idle capital (i.e: for any given level of capital taxation, a capitalist who has a higher return of investment will pay relatively less tax than someone with a lower return on investment, whereas if you have a tax on capital gains, the bad capitalist and the good capitalist will pay the same tax rate.

Piketty exposes the growing role of inherited wealth in disrupting the flow of money. The aspiring young law student Rastignac has his choice set out for him with brutal simplicity in Balzac’s 1835 novel “Father Goriot”. He can work: “There’s a nice prospect for you! Ten years of drudgery straight away.” Or he can do otherwise: “There is but one way, marry a woman who has money.”

Choosing between hard work and an heiress may seem archaic but according to Thomas Piketty, Rastignac’s dilemma has been revived in the twenty first century. The choice has returned because of the rising importance of inherited wealth since many will make it a viable alternative to work. It poses a profound economic and social challenge to rich countries that believe they offer equality of opportunity.

The first countries affected, therefore, are not the most unequal but those with the slowest growth. In France, Piketty charts how the annual flow of inheritances was between 20 per cent and 25 per cent of national disposable income in the 19th century. It fell to about 5 per cent in the middle of the 20th century after two world wars destroyed most of the inheritable capital stock, followed by rapid growth, high taxes on capital, inflation that eroded existing financial wealth and labour-friendly laws.

But the flow of inheritances in the country is now back to 19th-century levels; it is heading that way in the US and UK too. It may be that we had a meritocratic moment in the last century but mistakenly decided that state of affairs was permanent.

Such mountains of inherited wealth dwarf the mole-hills that people can accumulate by saving. In France, for example, the savings rate is more than 10 per cent of disposable income. The biggest savers, however, are those who enjoyed an inheritance – it is a lot easier to put money aside if you inherited a house and do not have to rent one. Consequently, such a flow of inheritances mean they can account for more than 80 per cent of total wealth.

Piketty’s book warns that capital and inequality are likely to make even greater strides in the next few decades. The influence of wealth and inheritance could make our economy look a lot like that of the nineteenth century, with more of its dominant dynastic fortunes and less of the joint prosperity we have come to assume is the natural state of advanced economies. This is a grim prediction, and Piketty supports it with what he sees as two fundamental laws of capitalism. Instead of walking through these equations, it is easier to picture his argument as a series of three falling dominoes.

The first domino falls because the rate at which the economy grows (g), as a result of both productivity and population increases, is less than the rate of return on capital (r). This is the much-discussed “r > g” formula, which Piketty describes as the central contradiction of capitalism and the “principal destabilizing force” that yields stark class inequalities between owners of capital and others. As Piketty shows, this inequality has held for most of human history, with the exception of a brief period in the twentieth century. And as economic growth slows in the next few decades, if only as a result of decelerating population growth, the differential will be even greater.

Finally, as Foucault argued, the ability of social science to know something is the ability to anthropologize it, a power to define it.

With Piketty’s analysis, this process of anthropologizing is being extended to the rich and the elite. Understanding how the elite become what they are, and how their wealth perpetuates itself, is now a hot topic of scientific inquiry.

The rich and the elite have come to notice that the dominant narratives about their role in society—icons of success, job creators for the common good, innovators for social betterment, problem-solving philanthropists with their charities—are being replaced with a social science narrative in which they are a problem to be studied. They are still in control, but they should definitely be worried. Only future would prove Piketty’s theory politically correct or incorrect.

On his proposals on inequality, this quote aptly sums up his project: “my point is not at all to destroy wealth. My point is to increase wealth mobility and to increase access to wealth.”