Rabat - Moroccan forests and mountains once harbored many animals that are now extinct, some due to natural causes, but many caused by humans. 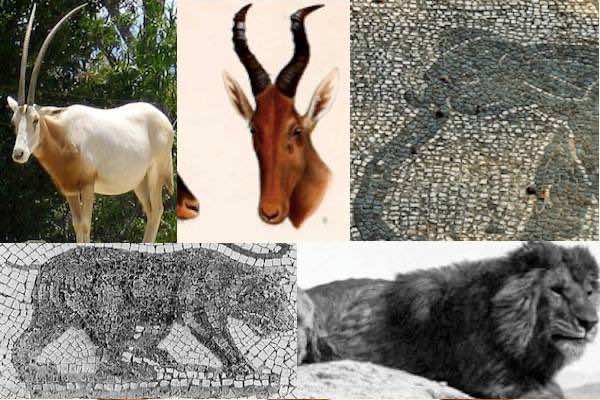 Rabat – Moroccan forests and mountains once harbored many animals that are now extinct, some due to natural causes, but many caused by humans.

According to the High Commission for Water and Forests, many remaining species are considered endangered and in the years to come, could face the same unfortunate fate as their extinct predecessors. Other threatened species are already considered extinct in the wild, but can be found in zoos and animal reserves.

Here are 5 animals that are extinct now but in the past found a safe haven in Morocco:

Also known as the Barbary Lion, is a species of large mammalian carnivores that once inhabited North Africa and mainly in the Atlas Mountains. It is believed that the last Atlas Lion living in the wild was shot by a colonial hunter in 1922, near the mountain pass of Tizi n’ Tichka, Morocco.

The male Atlas Lion distinguishes itself from sub-Saharan Africa lions by its long dark mane and its muscular build thought to be the result of the life of hunting and climbing in the Atlas Mountains. It is now considered extinct in the wild, but efforts have been made for the reintroduction of the species to its natural habitat in the Atlas Mountains. The Rabat Zoo has 35, approximately half the remaining population of Atlas Lions in the world.

The Atlas Bear is believed to be Africa’s only native bear that once inhabited the Atlas Mountains in Morocco and neighboring countries. The last sightings of the Atlas Bear date back to the late 1800s.

Following its expansion in North Africa, the Roman Empire hunted thousands of these bears for sport and entertainment.  The animal which is a sub-species of the brown bear is now assumed to be extinct.

The North African Elephant (Loxodonta Africana pharaoensis), is an elephant species that once existed in North Africa during ancient Roman times and were used mostly in wars.

Reports suggest that the North African Elephants or Atlas Elephants must have become extinct just some decades after the Roman conquest of North Africa.  Extinction of the Atlas Elephant is said to be due to overhunting by the Romans for use in the Venatio games: a form of sport that involved hunting and slaying of wild animals. 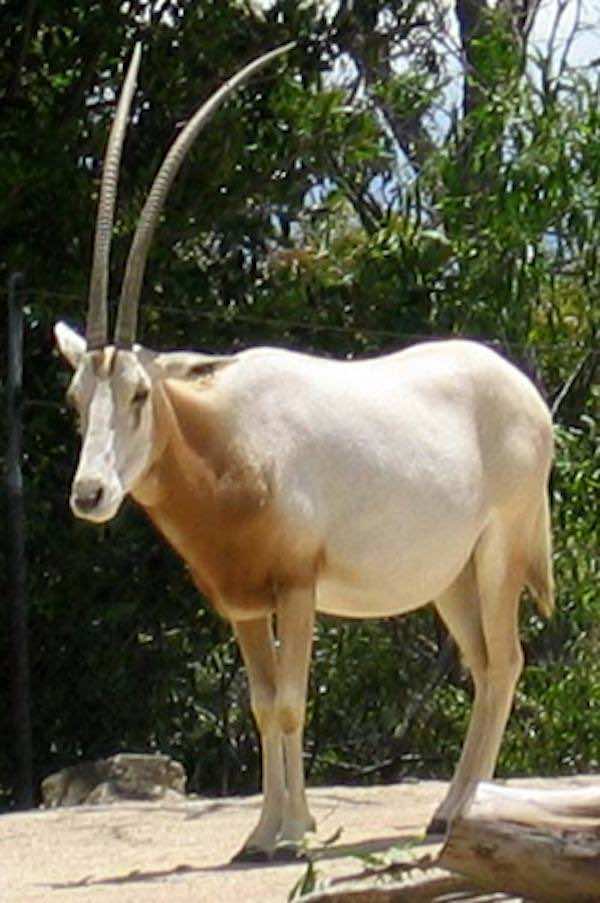 The Scimitar Oryx, a.k.a the Sahara Oryx, is a spiral horned antelope that stands over 1 m at the shoulders. The male weight ranges between 140 and 210 kg and the females 91 and 140 kg.  It is said to have reduced its numbers as a result of climate change and excessive hunting for its horns. It once occupied all of North Africa and lived essentially in deserts.

The remaining animals are being bred in captivity in special reserves in Morocco and other countries after it was declared extinct in the wild by the International Union for Conservation of Nature (IUCN).

The Bubal Hartebeest, a.k.a. the Bubal Antelope, lived in Morocco and across North Africa. Large numbers were still sighted alive in the north of Atlas Mountains in Morocco in 1738, it was hunted to distinction. Reports suggest that the last Bubal Hartebeest in Morocco was shot in Missouri in 1925, and according to the International Union for Conservation of Nature the last one in the world was killed in Algeria between 1945 and 1954.