Rabat- A Saudi author has reportedly revealed in an article that Gulf men prefer Moroccan women rather than Middle Eastern women, due to the special charm they hold, saying Gulf women are themselves to blame rather than faulting the Gulf men for favoring Moroccans. 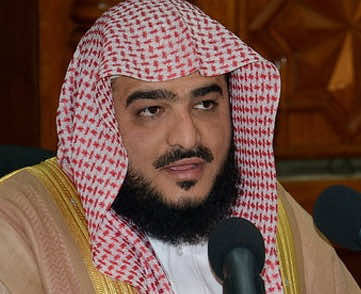 By
Aziz Allilou
-
Aziz Allilou is a student at the Higher Institute of Media and Communications (ISIC) and Morocco World News correspondent in Rabat.
Aug 30, 2014
Spread the love

Rabat- A Saudi author has reportedly revealed in an article that Gulf men prefer Moroccan women rather than Middle Eastern women, due to the special charm they hold, saying Gulf women are themselves to blame rather than faulting the Gulf men for favoring Moroccans.

In the Middle East, the majority of women believe in the stereotypes that label Moroccan women as scheming witches plotting to ensnare rich Kuwaiti husbands by casting spells on them.

These stereotypes were even promoted on Arab Gulf TV channels, such as Kuwait’s Al Watan. The latter broadcasted the animated comedy series Bu Qatada and Bu Nabeel that portrayed Moroccan women using sorcery and witchcraft to seduce and lure Kuwaiti youngsters for marriage.

However, Saudi author Ghazi Abdul Aziz explained that the truth is far from these myths. He said that Gulf men’s obsession by Moroccan beauties can be explained by the two unbearable powers they hold: their “dazzling beauty and rich culture.”

“Gulf women’s culture is a blend of the desert’s customs and traditions, Eastern Islam teaching, luxury communities plus a lot of Indian and American spices, whereas the Moroccan women’s culture is of such a different power,”   Ghazi Abdul Aziz wrote.

“It consists of the Amazigh customs and traditions, pride, the Arab Islam’s teaching plus some French spices… this makes the Moroccan women very different than the Middle Eastern women,” he continues.

The Saudi author who is married to a Moroccan woman goes as far as to say that the Moroccan woman is special due to two reasons: her absolute passion for her femininity and her submissiveness to her husband.

“She practices her femininity through dancing, fashion, cooking, and attention to her husband. In addition, she manages her house without any laziness, unlike the Gulf women who are accustomed to idleness and lethargy,” he wrote.

The Saudi author goes on to add that the second thing that makes a Moroccan woman special is her submissiveness to her husband and her keenness on pleasing him. He pointed out that she believes that “her success depends on drawing a smile of satisfaction upon her husband‘s face.”