Taroudant - Tisdrin is a very risky pass in Morocco which is filled with winding roads like Tizi n Tichka, Tizi n Talghoumt and Tizi n Bachkoun. 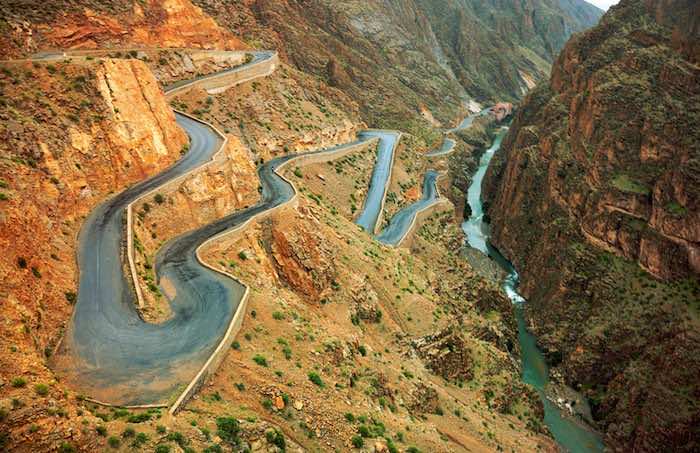 By
Larbi Arbaoui
-
Larbi is a freelance writer and assistant editor at Morocco World News.
Sep 9, 2014
Spread the love

Taroudant – Tisdrin is a very risky pass in Morocco which is filled with winding roads like Tizi n Tichka, Tizi n Talghoumt and Tizi n Bachkoun.

Tizi n Tichka, linking the southeast of Marrakesh to the city of Ouarzazat, is the very famous winding road among Moroccans, yet it is not the most dangerous and adventurous one, which offers exciting driving experience and breathtaking views for the passengers.

The website Readysettrek ranked Tisdrin, the Moroccan most dangerous pass in the southeast, the second most winding road in the world.

Tisdrin or Tistrin, a Berber name that means stairs, is located on the mountain range of Anti-Atlas between the oasis of Boumalne Dades and Msemrir, a mountainous small village.

Being one of the most challenging roads, Cadilac, the second oldest American automobile brand, chose the winding pass of Tsitrin in 2012 for its Cadillac ATS promotionalvideo.